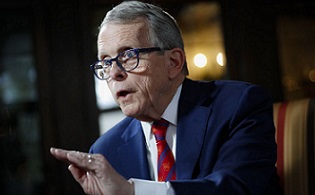 The Ohio State Highway Patrol reports fatalities on the state’s roads have increase in five of the last six years with 2019 being the second-deadliest year in the past decade. So state leaders are backing a new bill to crack down on distracted driving.

Gov. Mike DeWine said last Friday the bill would ban the use of hand-held wireless devices while driving a car and will toughen penalties for distracted driving. He says it would make driving while using phones and other similar devices a primary offense. Right now, he explained, texting while driving is only a secondary offense for drivers over 18.

“That means that today, in Ohio, law enforcement can see a driver texting or emailing but unless that driver commits another offense such as speeding or running a red light, that officer can do absolutely nothing,” DeWine said.

The bipartisan bill has widespread support from insurance companies, safety groups and families who have lost someone they love to distracted driving. The Ohio Legislature has considered similar bills before but has not been able to pass them. And this isn’t the first bill to crack down on texting while driving that’s been introduced in this General Assembly. A similar bill, sponsored by Democrats, was introduced last month in the Ohio House and has had its first hearing.