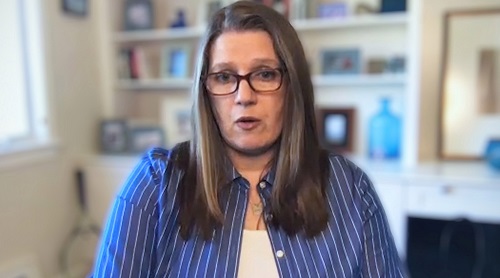 President Donald Trump, infuriated by an election loss he’s refusing to acknowledge, will have “meltdowns upon meltdowns” until he leaves the White House, his niece Mary Trump warned in an op-ed in The Guardian Sunday.

Trump is “not going to concede. … He’s not going to engage in the normal activities that guarantee a peaceful transition. All he’s got now is breaking stuff, and he’s going to do that with a vengeance,” she wrote.

She argued that Trump has never won anything “legitimately” in his life but has never before lost anything either.

He “thinks that even if you steal and cheat to win, you deserve to win,” said Mary Trump, a psychologist who wrote the Donald Trump tell-all book “Too Much and Never Enough.”

The irony is that the tactics the president used to cheat may have doomed his race, Mary Trump said. Republicans heeded the president’s warning not to vote by mail, so he was subjected to a “slow drip-drip of disaster” as mail ballots from Democrats were counted, she said. “It must have been like slow torture, but he set up this failure for himself.”

The next months could be “dangerous,” she warned. Donald Trump will do nothing about COVID-19, escalating the death toll, she argued

He’ll also “go as far as he can to delegitimize the new administration, then he’ll pass pardons that will demoralize us — and sign a flurry of executive orders,” Mary Trump predicted.

Though Donald Trump faces ongoing investigations into suspect finances and taxes, that’s not what the narcissist-in-chief is most concerned about, Mary Trump said.

The “worst thing Donald’s looking at isn’t financial difficulties or the prospect of jail,” she said. “It’s becoming irrelevant. I don’t think he would ever recover from that.”