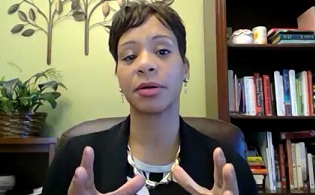 Fraud in the state’s unemployment system cost Ohio more than $330 million in just the last three months of 2020. And there could still be fraud among the more than 250,000 claims flagged this summer.

About 100,000 claims in the non-traditional federally funded pandemic assistance program were deemed fraudulent, she said. As many as 119,000 claims among more than a quarter-million identified as possibly fraudulent last summer are still under review.

Henderson also said thousands of Ohioans have reported they’re victims of identity theft through the unemployment system, which has been happening across the country.

“All states will need to identify fraud resulting specifically from identity theft. To date, ODJFS has received more than 70,000 reports of identity theft from individuals who have issued or who have used the secure report identity theft portal on our website,” Henderson said.

Those people will be getting federal tax forms to report unemployment benefits as income, even if they never received it.

“Last year, we issued about 200,000 of these forms,” Henderson said. “Last month, we issued 1.7 million 1099-G forms to individuals whose whose unemployment to whom unemployment benefits were paid out in 2020.”

Those who are fraud victims will have to have corrected 1099-G forms issued through a multi-step investigative process, she said.

Attorney General Dave Yost has asked Ohio’s members of Congress to take action to halt the collection of fines and penalties for fraud victims. Sen. Rob Portman (R-Ohio) agrees with Yost, and said there’s $2 billion in the Republicans’ COVID-19 relief proposal for states targeted at dealing with this issue at the administrative level.