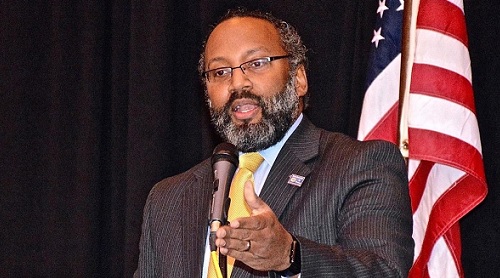 The so-called ‘facts not feelings’ crowd continues to be in their feelings over a study they don’t know the facts about.

On Monday July 19th, a Missouri legislative committee held an invite-only hearing on Critical Race Theory and how the state’s educators should teach racism in K-12 schools. The committee is now under heavy criticism for excluding an enormously important element needed to have any critical and productive discussion on the subject of race and racism—Black people.

According to local news station KSHB 41, not a single Black parent, educator or scholar was invited to testify to the Joint Committee on Education. Not only did the committee preside over the Tim Burton movie of legislative hearings, but outside of a single official from Missouri’s education department, everyone who was heard from during the hearing was an opponent of the academic study conservatives across the nation are pretending to actually know anything about.

Missouri NAACP President Rod Chapel called it “ridiculous” to have a conversation about inequity while “excluding the very people who are saying we’ve been treated inequitably.”

Chapel is exactly right. Again, this was an invite-only hearing. That means a list of speakers was compiled for this meeting and whoever was in charge purposely made sure that list was negro-free and exclusively anti-CRT. Maybe we should just be happy committee members didn’t scour the state for Black conservatives who would serve as their token Blacky-lackeys, but a hearing on race that doesn’t include a single Black voice isn’t a hearing at all—it’s a white fragility support group.

It’s also arguably an unintentional CRT lesson. CRT is a study on how race affects institutions and structures such as the law. This was a hearing that could potentially affect how racism can legally be taught in K-12 schools, and we all know it’s a different hearing if it includes a multitude of Black voices.

Of course, let committee leader and Republican Sen. Cindy O’Laughlin tell it, the purpose of the hearing was to uplift the voices of CRT critics because apparently, we’ve moved on from pretending CRT is being taught in K-12 schools to pretending white people who get a skin rash at the very thought of truthful American history being taught are a marginalized group.

“I felt today it was important to hear from people who have tried to go through the official cycle of authority within their districts and have basically been turned away,” O’Laughlin told committee members.

O’Laughlin is really living up to her last name on this one, because it is laughable to assert that anti-CRT parents are being turned away by officials while being an official that is turning away parents who support allowing educators to be educators when teaching about racism in America.

But it’s OK, because O’Laughlin assured critics of her all-white-fragility-everything party that she’s “certain this won’t be the last conversation.”

Heather Fleming, a former Missouri teacher who now offers diversity and inclusion training, said she wanted to testify Monday but was not allowed. She said without any African Americans involved in the discussion, “you’re talking about us, without us.”

“What not having any African Americans in the room really showed was that this wasn’t really about understanding,” Fleming said.

“You’re talking about us without us.”

There might not be a more perfect way to sum up the way white people prefer to have their racism discussions.

These people are cowards.