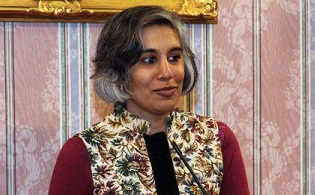 The fate of Shaker Square will be up for discussion at a community meeting on Friday, as Cleveland City Council weighs a plan to extricate the property from receivership.

The meeting is scheduled for 10 a.m. at York Rite Masonic Temple on Kinsman Road.

The city is willing to put up $12 million in loans to pay off the Square’s owners’ mortgage debt. The nonprofts Burten Bell Carr Development Corporation and Cleveland Neighborhood Progress would take possession of the site, pay back at least half the loan and find a new owner for the property.

City council was set to vote on the proposal last Monday, but Ward 4 Councilwoman Anita Gardner requested a delay in order to schedule the public meeting. Council meets only one more time, on Dec. 6, before the end of the term.

The money for the deal would come from Cleveland’s general fund, which benefited this year from American Rescue Plan Act revenue recovery dollars, chief of staff Sharon Dumas told council members last week. The city had originally tried to use ARPA money directly on the deal but learned it was not an allowable use, she said.

Adding to the urgency is an ongoing foreclosure case that could lead to a sheriff’s sale, which would complicate the deal, according to Menesse.

Wilmington Trust and CWCapital Asset Management sued owner Coral Shaker Square in December 2020 over $10.6 million in loans, interest and fees. In July of this year, the creditors filed a motion for summary judgement, writing that Coral now owed $12.2 million.

A court-appointed receiver has been managing the property during the legal dispute.

One prominent tenant, EDWINS Leadership & Restaurant Institute founder Brandon Chrostowski, is urging a slowdown in the process, saying there’s time to reach a deal even if the property heads toward a sheriff’s sale.

“It’s such a rush for such a grand deal, right?” he told Ideastream. “For overpaying so much for a property with public funds.”

The nonprofit restaurant and culinary training center is seeking to intervene in the court case. In March this year, Chrostowski and a group unsuccessfully offered to buy the property for $5 million, according to court filings.

Chrostowski said the city and partners would be paying double Shaker Square’s value. Menesse said at a city council committee hearing last week that the Square’s value was $5.6 million.

She told Ideastream Public Media that figure was an estimate based on operating income from tenants. A Cleveland Neighborhood Progress subsidiary called New Village Corporation would pay back $6 million of the city’s loan, and the second half could be forgiven, Menesse said.

Chrostowski suggested the Square’s price could be brought down.

“Why not challenge these big banks to say, ‘You know what? It’s worth $5.6 million. Maybe we’ll go to six or seven,’” he said, adding that additional city money should support other parts of the Southeast Side.

Menesse defended the $12 million price, saying that the bondholders want to recoup their loan and won’t settle for less.

“We’re an insignificant asset in their large portfolio,” she said. “What we care about is what’s important to the residents and the businesses in Cleveland. And this insignificant part of their portfolio is the anchor to the East Side of Cleveland.”