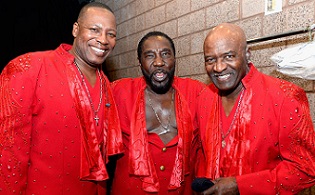 It took nearly four decades, but police have identified a body found in Twinsburg in 1982.

Human remains found in a garage in Twinsburg in 1982 have been identified as those of a missing musician last seen in the 1970s.

Frank “Frankie” Little Jr. was a guitarist and songwriter for The O’Jays. The Ohio-based band scored huge hits with “Love Train,” “Back Stabbers” and “Now That We Found Love.”

Little then joined the U.S. Army and spent two years serving in the Vietnam War. He returned to Cleveland after the war, and his last known home was on East 105th Street and Superior Avenue.

Police said almost nothing is known about Little’s disappearance or death. He was last seen in the mid-1970s, Twinsburg police said in a news release.

In 1982, human remains were found in a garbage bag behind a business in Twinsburg. Police believe Little was killed by stabbing several years before his body was discovered, Fox 8 reported.

While police couldn’t identify the decayed corpse, they did determine the person had been killed and then dumped on Cannon Road.

Then, in October 2021, the DNA Doe Project tested samples from the corpse and identified a list of potential living relatives related to the unidentified body. One of Little’s relatives provided a DNA sample, which was then analyzed by the Ohio Bureau of Criminal Investigation Crime Lab, and Little’s identity was confirmed by Dr. Lisa Kohler of the Summit County Medical Examiner’s Office.

Little’s death has been confirmed to be a homicide. Anyone who has information on his death is asked to contact Twinsburg police at 330-405-5679.

“Our sympathies to the family during this difficult time,” Twinsburg police said in a statement.