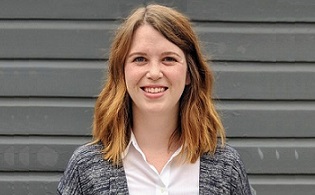 Cleveland Mayor Justin Bibb is naming one of his transition leaders as his point person to chart the West Side Market’s future.

Jessica Trivisonno, a Bibb campaign supporter who worked as economic development director for Northwest Neighborhoods community development corporation, will serve as the new mayor’s senior strategist on the market.

The historic market in Ohio City has weathered power outages and vendor frustration this year. According to a consultant hired by Mayor Frank Jackson’s administration, the market needs more staff and up-close management.

The outgoing mayor’s administration set aside $14.7 million for capital improvements at the market over the next three years, according to the report.

As a mayoral candidate, Bibb endorsed the idea of enlisting a nonprofit to operate the market.

Also on Wednesday, Bibb named campaign advisor Angela Shute-Woodson to be his senior advisor on community and government affairs. The incoming mayor plans to hire two other senior strategists focused on racial equity and lead poisoning, according to an email announcement of the hires.