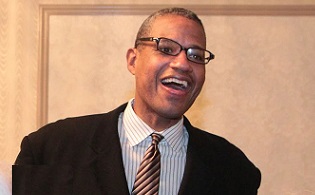 Warrensville Heights Mayor Brad Sellers has dropped out of the race for Cuyahoga County executive.

Sellers’ campaign announced his departure in a news release.

Those reports were stories by Cleveland.com revealing that Sellers had approved a property tax abatement for himself after years of delinquency. The suburban mayor told the news outlet that, as safety director, he believed he qualified for a Warrensville Heights program offering tax breaks for teachers and safety forces. Sellers told the news outlet that he had prepaid the taxes and was withholding regular payments while disputing the delinquency.

Property records show that Sellers purchased the house in 2012. He paid the property tax bill twice, once in 2018 and once at the beginning of 2022, just before he launched his campaign, according to county payment history records provided to Ideastream Public Media.

A tax document, also obtained by Ideastream through a records request, shows that Sellers signed off on a tax abatement for his home July 17, 2018.

As mayor, Sellers also serves as the city’s safety director. He receives a salary for both jobs. In an ethics disclosure form obtained by Ideastream via a records request, Sellers reported a mayoral salary of $63,634 and a safety director salary of $39,102. That’s in addition to consulting income and payments from the Cleveland Cavaliers for radio broadcasting.

Ideastream Public Media has left messages with Sellers and a political consultant for his campaign seeking comment.