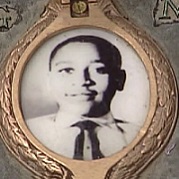 Emmett Till, a Chicago teen killed in the 1950s for the color of his skin, will be awarded a congressional gold medal. The then teen’s mother, Mamie Till-Mobley, will also be awarded after she asked for the opening of the casket during burial as a way to decry the social vice that led to the murder of her son.

According to some witnesses, Emmett whistled at a white Mississippi woman. The act breached the “South’s racist societal codes” of those days. However, other witnesses who were with the teen said the information was not valid. Before his murder, Emmett was abducted and tortured.

The teen’s killing caused pain in the hearts of social rights activists, especially after his mother showcased his dehumanized body in an open casket. Photos of his brutalized body also ended up in the papers after the Jet Magazine published them.

However, it’s nearly 7 decades after the painful death of the Black teenager yet there have not been any clear details concerning the murder. Besides two white men who confessed to having been involved in the murder back in 1955, one more person was reportedly a person of interest in Emmett’s abduction.

This has, over time deepened the void in Emmett’s family, who have lived through the years with unanswered questions. “Nothing was settled. The case is closed, and we have to go on from here,” Emmett’s close relative, Thelma Wright Edwards, told a Chicago news conference.

“On abstract levels, truth has been lost and justice has been lost. The complexity of what happened has been lost,” said Dave Tell, a professor at the University of Kansas who wrote “Remembering Emmett Till.”

In a new turn, the senate has passed a bill to award Emmett and his mother with the highest civilian honor awarded by Congress. The award is given in recognition of “what the Till family endured and what they accomplished in their fight against injustice.”

The bill was introduced by Sens. Cory Booker, D-N.J. and Richard Burr, R-N.C. Rep. Bobby Rush, D-Ill has sponsored the House version of the legislation.