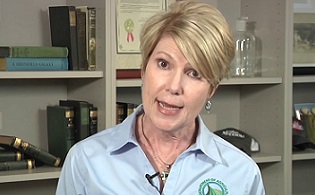 The Ohio Department of Agriculture (ODA) is issuing a public health alert for anyone who has utilized Lewis Exterminating Company of Richmond Heights, Ohio, for the treatment of rodents. The company is being investigated for misuse of rodenticides, which could be harmful to people and animals.

The rodenticides were placed in homes in a manner shown in the pictures below.

ODA is asking anyone who has utilized Lewis Exterminating Company’s services and believes the products were used in their residence to contact ODA at 614.728.6389 or reportrodenticides@agri.ohio.gov. Residents are advised to not touch or remove the product themselves.

The products are legal rodenticides, but due to their toxicity to people and pets, should only be placed in non-accessible areas. Accidental ingestion or inhalation could cause significant health risks, including death. If you have medical concerns after coming in contact with the products, please contact your local health department or the Poison Control Centers at 800.222.1222.

This alert is the result of an ongoing ODA investigation that was initiated following a tip received from another Ohio licensed pesticide applicator on February 28. ODA inspected several sites of application, in addition to reviewing the exterminating company’s paperwork and storage site. Site visits revealed the rodenticides were applied in an improper, accessible manner. The investigation is ongoing as ODA continues to visit and collect residue samples from currently identified application sites.