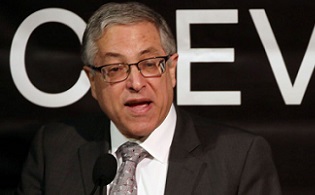 Cuyahoga County leaders announced plans to spend $27 million in federal stimulus funds on a raft of projects ranging from workforce development to an expansion of the Greater Cleveland Food Bank.

All told, the county is slated to receive $240 million from the 2021 American Rescue Plan Act, which allocated $350 billion to state, local and tribal governments around the country.

“We have ambitious plans for our ARPA funds,” County Executive Armond Budish said in a video announcing the allotments. “We intend to rock and roll, to roll our county out of the pandemic crisis and rocket us into an exciting, transformative future.”

Budish said the county will also set aside $50 million for use by the next county executive and council, who will be elected in November.

Here are the projects the county announced: