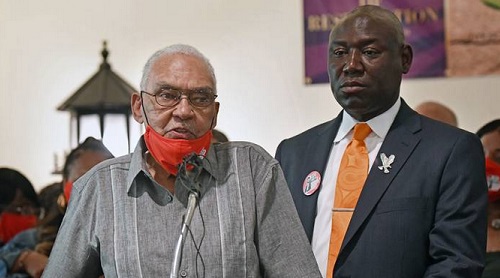 A federal judge heard a motion to dismiss the lawsuit against biotech company Thermo Fisher Scientific, which is being accused of reproducing and selling Henrietta Lacks’ tissue, per CBS Baltimore. The family, represented by civil rights attorney Ben Crump, allege the cells were taken without her permission.

The case began in 1951 when Henrietta went to John Hopkins Hospital for cervical cancer treatment, per CBS Baltimore’s report. Doctors found through a biopsy that her cancer cells were doubling instead of dying, a discovery that would play a major role in medical research. As a result, the cells were used (and still are today) for developing vaccines and treatments for various diseases.

The family sued the company, claiming they took the cells and redistributed them without permission. However, Thermo Fisher Scientific argued there was no law that prohibited them to do so.

More on the case from CBS Baltimore:

In court on Tuesday, attorneys for Thermo Fisher Scientific argued that no law prohibits them from replicating the cells and that the family may no longer be able to go through with the lawsuit because too much time has passed.

The judge said she will take some time to review the case. Outside the courthouse, attorneys for Thermo Fisher Scientific say they had no comment.

“The theory of unjust enrichment entitles the family to their day in court – that Henrietta lives as long as her cells live,” said Attorney Ben Crump, who also said Lacks would not have been treated that way if she were a white woman.

Attorney Chris Seeger hinted to WJZ that more companies could be sued and said they’ve been “stealing money from the family for 60 years.” The attorneys argue in the suit the companies made billions off of Lacks’ cells without compensating the family.

This wouldn’t be the first time a Black person was taken advantage of for the sake of medical advancement.