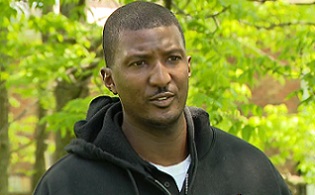 The former head of Cleveland’s Black Shield Police Association is suing the city, members of the police department and the safety director over his December firing.

Vincent Montague alleges Cleveland Police Lt. Timothy Maffo-Judd made him a target of the 2019 bribery investigation into Duck Island Social Club owner Andrew Long as retaliation for his support of police reform and because he is Black.

“Plaintiff Montague was subjected to a biased internal affairs investigation which singled him out for discipline, to cover up a shoddy and unconscionable sting operation spear-headed by Defendant Maffo-Judd,” wrote Montague’s attorney, Christopher McNeal. “Plaintiff Montague’s status as an African-American, former president of the Black Shield Police Association, and outspoken supporter of police accountability were all motivating factors for his persecution.”

According to the lawsuit, Long had initially approached Montague about providing off-duty security work for the Tremont bar. Montague passed the work on to Maffo-Judd and set up a meeting between the two.

The complaint is unclear about what happened at that meeting. It says Montague could not hear the discussion between Maffo-Judd and Long. But Montague later filled out paperwork corroborating Maffo-Judd’s claim that Long was offering a bribe.

“The Blue Line of Silence required Montague to back Maffo-Judd’s version of the meeting, even though he did not personally witness much of those facts,” McNeal wrote in the lawsuit.

Maffo-Judd wore a recording device while working off-duty security at the bar and Long was later arrested.

According to the lawsuit, Cleveland police pressured him to provide false testimony about Montague.

He eventually pleaded guilty to bribing a police officer to be able to stay open after hours.

“Plaintiff Montague was never charged with any crime indicating he committed or was complicit in bribery or any other crime stemming from his acts as a police officer,” wrote McNeal.

In late 2021, Montague was fired, in part for lying to internal investigators about his continued communications with Long during the bribery investigation.

Montague is now an active duty member of the Navy. His lawsuit alleges the city’s disciplinary proceedings, which were completed while he was deployed, also violated federal law and the police union contract.

“Despite being on active-duty status and unavailable due to his service to the United States Navy, Defendant City and Defendant Director Howard still commenced pre-disciplinary proceedings without Plaintiff in attendance,” McNeal wrote in the complaint. “Plaintiff’s counsel did appear and specifically objected to the proceedings based on his absence due to active-duty military status.”

In a December 2021 letter informing Montague that he had been fired, Howard wrote that the disciplinary hearing was held without Montague’s attendance because of a “pattern of evasion and delay.”

Howard alleged that Montague tried to avoid receiving the letter informing him of the administrative charges against him, going so far as to call the local police department when Cleveland police officials hand-delivered it to his home in Reminderville and enlisted in the Navy right after requesting six weeks of sick leave.