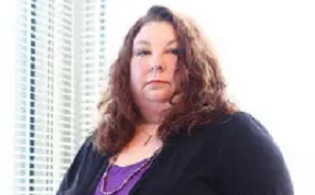 Many Ohio patients who have appointments for abortions will have to get those services elsewhere, according to Pro-Choice Ohio Executive Director Kellie Copeland who called the state’s instated six-week abortion ban a “stunning and callous development.”

The law that bans abortion at about six weeks into a pregnancy, when fetal cardiac activity can be detected, is now in place since a federal court ruled last Friday evening that a stay on that law could be lifted.

The ban, signed into law by Gov. Mike DeWine, a Republican, in 2019, had been put on hold. But Attorney General Dave Yost, a Republican, filed to have the injunction lifted Friday morning when the U.S. Supreme Court released its ruling on Dobbs v. Jackson Women’s Health Organization that overturned Roe v. Wade ruling. Overturning the landmark 1973 ruling that legalized abortion nationwide, meant the state’s ban could go into effect immediately.

Copeland said anyone who is scheduled for an abortion in Ohio should call their clinic, noting that some people might be able to still get an abortion if cardiac activity hasn’t been detected. But Copeland said clinics will likely end up helping many pregnant people wanting abortions to get them in another state instead.

“Clinics, along with Ohio’s abortion funds, will assist people who need that care, need that support, in finding both where they can access that care and if necessary, the resources they need. It’s critically important that people who need abortion care know that there is an entire community of people who are here to support them. We will not forsake them,” Copeland said.

Copeland said that could mean traveling to Michigan, Pennsylvania, Virginia, or Illinois depending on where the person seeking an abortion lives. She said there are funds available to help people who cannot afford the extra cost of travel.

Doctors who support abortion rights said this ban will hurt many Ohio women. Dr. Catherine Romanos said the restrictions on abortions will mean women will die from dangerous childbirth situations or illegal abortions.

The state’s six-week abortion ban contains an exception for the life of the mother but Romanos said doctors who are afraid they will face repercussions might be tempted to wait until too late in a pregnancy to provide life-saving intervention in difficult pregnancies.

Dr. Anita Somani, an OB-GYN who is running for a seat in the 11th district of the Ohio House, said she believes many doctors will want to leave Ohio for states that allow abortions. In fact, she said her own daughter, who is a third generation doctor and just starting her career, is looking at taking job offers out of state.

Ohio Right to Life is praising the court actions that are now restricting abortions in Ohio and around the country. Mike Gonidakis, Ohio Right to Life President, said the organization will be pushing Ohio lawmakers to pass an all-out abortion ban later this year when the General Assembly resumes sessions.