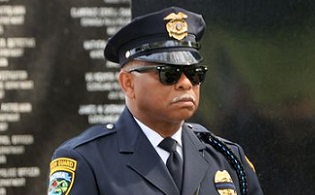 Personnel bulletins obtained by News 5 Investigators revealed 46 officers left the department during May and June — 21 officers resigned, 21 retired, two officers were terminated, one took a deferred pension and one left for medical reasons.

In June, News 5 Investigators revealed the Cleveland Division of Police is dangerously understaffed.

We found 25% of officers have left the department since the start of the pandemic.

We found 42 of the officers who resigned went to work for other Northeast Ohio police departments, including Bay Village, Brunswick, Strongsville, and Solon.

What is the City of Cleveland doing to retain and recruit police officers?

After all, records show more than 250 officers are currently eligible to retire from the force.

During a news conference on June 7 where he addressed the city’s rising gun violence, Bibb acknowledged pay is an issue.

“I want to do everything I can as mayor to support law enforcement to keep our streets safe,” he said. “We are working as quickly as we can to be a good-faith partner with our police union to make sure we can address the issues that we know are important to have a competitive and attractive environment.”

Our survey of 60 Ohio police departments revealed Cleveland police’s starting salary is close to the bottom.