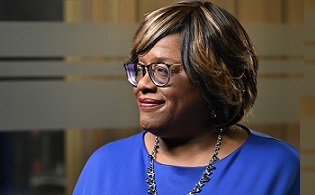 Do political scandals matter in Ohio anymore or are we, as a recent article in The New Yorker magazine claimed, a failed state where voters have no power to make change?

He’s referring to the FirstEnergy scandal in which the company provided $60 million for a slush fund controlled by House Speaker Larry Householder, who was arrested by the FBI in July 2020 and charged with criminal conspiracy. The money was to elect legislators friendly to FirstEnergy’s interests: bailing out obsolete coal and nuclear plants, and crippling renewable energy. Those goals were achieved in HB6, which put ratepayers on the hook for the bailouts, including a coal plant in Indiana, and made Ohio the first state to repeal its green energy standards.

DeWitt’s article shows that Governor Mike DeWine and Lieutenant Governor Jon Husted were up to their eyeballs in the affair.

“Newly revealed records show DeWine met repeatedly to discuss energy policy with FirstEnergy Corp. officials and at least once with GOP House Speaker Larry Householder, “ he writes. “Newly released text messages show FirstEnergy executives describing an open line with the administration on the selection of Ohio’s top utility regulator and inside support from DeWine and Husted.”

He tells us that DeWine appointed energy lobbyist Sam Randazzo to run utility oversight, despite being warned not to do so, and adds “FirstEnergy last summer admitted it paid Randazzo the $4.3 million bribe, in addition to $60 million in bribes for passage of its nuclear energy bailout.”

There’s a lot more about how cozy DeWine and Husted were with FirstEnergy officials, costing ordinary Ohioans $1.3 billion.

So why is there a sort of (misguided) consensus in the media and among political “thinkers” that DeWine and Husted are a shoo-in for re-election & that Democrat Nan Whaley has no chance?

There was a time when Ohio media would’ve been all over this, hammering away at DeWine and questioning his re-electability. In 2005, the so-called “Coingate” affair, when the Bureau of Worker’s Compensation put hundreds of millions into shady investments run by big Republican donors, was all over the front pages. In 2006, Democrats swept almost all the statewide offices.

That same year, sitting governor Bob Taft, a Republican, was charged with accepting gifts worth less than $6,000. That too was a huge scandal. His approvals plummeted into the single digits and he was called one of the worst governors in the country and the worst in Ohio history.

Still, the media always had more appetite for Democratic scandals than Republican ones. Northeast Ohioans will surely recall the Plain Dealer’s breathless “County in Crisis” series following the FBI raid on Cuyahoga County commissioner/ county Democratic Party chair Jimmy Dimora and his arrest in 2010; and hi conviction in 2012. The PD couldn’t get enough of telling us what a horrible scandal this was, enriching himself to the tune of half a million at taxpayers’ expense.

Today I can’t find anything on the Plain Dealer’s website Cleveland.com on the new revelations about how deeply involved Governor DeWine was in the FirstEnergy bailout. (In 2014, they had no shortage of stories about Democratic gubernatorial candidate Ed FitzGerald’s lack of a driver’s license.) There’s no “State in Crisis” series, even though the corrupt mapmaking process, which gerrymandered the state beyond any accountability, proved without doubt that Ohio IS in crisis.

Once upon a time the media might have suggested that DeWine’s deep involvement in a costly scandal that could send a former Speaker to prison was disqualifying and a strong reason to vote for Democrat Nan Whaley for governor. Even if they don’t, it is. The state GOP is deeply corrupt, thumbs its nose at the state constitution and mocks voter priorities by doing the opposite of what’s best for the state and favored by most citizens. Although illegal district maps will still give us a disproportionately Republican legislature, Whaley and her running mate, Cleveland Heights’ Cheryl Stephens, can help tamp down on some of the damage. Mike DeWine is only helping to amplify it.