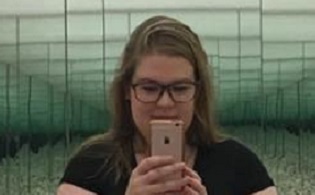 In police body cam footage of the encounter, McCree-Wilson, who was also suffering post-traumatic stress disorder from an unrelated incident, is clearly in distress while interacting with the officers.

“Don’t do that to me. Don’t do that to me. You’re being argumentative with me when I’m trying to tell you I need help,” McCree-Wilson can be heard telling one of the officers on scene. “That’s what I’m talking about when I say you need more training.”

The officers defined the assault as a misdemeanor, instead of domestic violence which would have led to her cousin’s arrest. McCree-Wilson declined to press charges on the misdemeanor.

Officers then started figuring out where she could go, which seemed to upset McCree-Wilson more.

“Yea, I’ll listen to you but he’s the primary officer,” replied the officer.

Eventually, the officers left McCree-Wilson to find somewhere safe to stay on her own.

McCree later filed a complaint with the Office of Professional Standards, the city agency that investigates civilian complaints against police officers.

The Civilian Police Review Board recommended discipline against Officer Victor Claudio for failing to arrest McCree-Wilson’s cousin. That recommendation was overturned by Chief of Police Wayne Drummond and Public Safety Director Karrie Howard on the grounds that her relationship with her cousin meant the assault did not qualify as domestic violence.

The CPRB has notified the city they will appeal Howard’s decision to the Community Police Commission, once the new commission is in place and takes on its powers under Section 115 of the charter.

For 20 years, Cleveland has trained patrol officers on interacting with people like McCree-Wilson in a mental health crisis. The training is based on a model developed 35 years ago in Memphis, Tennessee.

“In 2020, my at-the-time spouse went through a really horrendous episode of PTSD that lasted for months and wound up in psychosis,” Schleiffer said she was her former spouse’s primary caregiver during this time. “There was a three-month period where we were either at the hospital or the police were at my house.”

Every Cleveland Division of Police officer gets yearly training. Some years it’s on suicide prevention or responding to calls about homeless people or other training that falls under the category of crisis intervention.

Some officers volunteer for more extensive training and become specialized Crisis Intervention officers. But the department has fallen far short of finding enough officers to fill that role.

And according to Schleiffer, sometimes she had to ask police officers to leave her property because their presence was making the situation worse. And the Crisis Intervention Team (CIT) model hasn’t reached to all of the officers in the department.

“I tried a bunch of things. One of the first things that happened was I tried to call my precinct desk directly instead of calling 911 dispatch and I asked for a CIT officer,” said Schleiffer. “And the desk sergeant said, ‘What’s that?’”

Schleiffer said she tried Frontline Services’ mobile crisis services but their response isn’t available over night. So, she started working on an alternative with other advocates in Cleveland.

Earlier this month, the Mental Health and Addiction Advocacy Coalition, Policy Matters Ohio and the Center for Community Solutions released a policy brief laying out how Cleveland could remove police officers altogether from some calls with people in crisis.

“Neighbors of ours, people who live in the city and the county, they need support and compassion, not necessarily that anxiety and danger that comes so often with armed police response, right,” said Piet Van Lier, a senior researcher with Policy Matters Ohio and one of the authors of the paper.

The policy brief recommends specially trained 9-1-1 dispatchers giving certain callers the option of a non-police response. Van Lier and his co-authors argue switching to what’s known as a Care response, with social workers and mental health clinicians only, has worked in other cities.

“Our officers, they just need a high school diploma,” said Karima McCree-Wilson, photographed here outside her home on Cleveland’s West Side. “Not to take anything away from them, some of them have good training and they’ve been doing this a while, but they’re not mental health people.” [Ryan Loew /  Ideastream Public Media]

“You think about young recruits who are 20 years old, they don’t think about the mental health aspects of their work when they go into it,” said Van Lier. “It’s really not fair to them. And this approach would take some of that work off their plate.”

In Eugene, Oregon, where a program with mental health care workers was launched in 1989, more than 16,000 calls for service were diverted to a non-police response last year. Of those, only 300 eventually needed police backup.

The need for a different kind of help

Karima McCree-Wilson said police needed to respond to her assault call three years ago. But ultimately she needed a different kind of help.

McCree-Wilson has a background in mental health and chemical dependency counseling and says she doesn’t have enough training to handle the situations police face.

“Our officers, they just need a high school diploma, not to take anything away from them, some of them have good training and they’ve been doing this a while, but they’re not mental health people,” said McCree-Wilson.

Cleveland police maintain the current CIT model has been effective. A spokesperson for the city of Cleveland says they are considering also adopting a non-police response alternative. There are no plans in place yet.

Carole Ballard is in charge of training for the Cuyahoga County ADAMHS Board, which oversees crisis intervention training for Cleveland Division of Police.

According to Ballard, since the federal consent decree started in 2015, establishing a federal monitor for the Cleveland Police Department, the department has gotten better at keeping records on crisis intervention. Fewer encounters are leading to use of force or trips to the jail. Officers are learning to spend more time at these kinds of calls.

“It is a cultural change is the word that I’ll use. And you see that across many communities that send officers through CIT training,” said Ballard.

Mayor Justin Bibb’s administration has also started a co-responder pilot program in each of the five police districts, where a social worker goes out with a police officer on certain calls.

There may be new funding sources for the non-police model too. The city has yet to spend hundreds of millions of dollars of coronavirus relief funding. Cuyahoga County and Cleveland will also receive money from the nationwide opioid lawsuit against pharmaceutical companies that could go toward mobile crisis services.