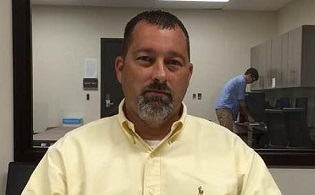 The 2022 midterm elections are less than eight weeks away, but the battle over the outcome of the 2020 vote is still raging on in boards of elections in several states.

For instance, an influx of identical public records requests from different people asking for massive amounts of information is coming into boards of elections in Ohio as they’re preparing for this fall’s vote.

Election law calls for documents related to federal elections to be destroyed 22 months after the vote — that would have been September 3. So just as boards of elections were poised to get rid of those 2020 documents, requests for those records started coming in.

Brian Sleeth, the head of Warren County Board of Elections in southwest Ohio, said he got seven requests — all the same.

“We have about 180,000 ballots from the election that they’re asking to view,” Sleeth said.

But that’s not all: “They’ve asked for, it’s like a cash register tape, the results tapes out of our voting machines for that election,” Sleeth said. “It’s about 70 to 80 feet long, and that’s just one piece of paper.”

And also: “They’ve requested copies of voters’ ID envelopes from early voting and stuff like that. So then we’re stepping into redacting records.”

Sleeth said public records requests aren’t unusual, but it could take days to copy all these documents. The board might also need an outside vendor to assemble it all, which means the costs for each request could go into the thousands.  And for smaller Ohio counties with less space for storage, retaining the 2020 documents is difficult.

Former President Donald Trump won Ohio by more than 475,000 votes. But boards of elections in all 88 counties have gotten these requests.

And it’s not just in Ohio. Hundreds of requests for thousands of public records from the 2020 election have flooded boards of elections in battleground states such as Arizona, Nevada and North Carolina.

“It’s an issue of you writing a letter to your board of elections and requesting it. OK?” said Zawistowski on a recent podcast. “So when I put this on our website, I’ll link to the instructions on how to do that.”

In an email, Zawistowski said he and other activists are following the instructions of an ally of Trump, MyPillow CEO Mike Lindell. He’s been leading efforts to ban voting machines he falsely claims contributed to massive fraud in the 2020 election, though there’s never been evidence of that in audits or in court cases. Lindell has also been trying to get data from county boards of elections which he claims — without proof — will show the 2020 election was stolen.

Ned Foley, director of election law at Ohio State University’s Moritz College of Law, said even if it’s a strain for boards of elections to fulfill the huge requests, there could be some benefit.

“Is it really necessary to look at these records for the reasons that they want to? Probably not,” Foley said. “But denying access to it probably would increase distrust, and maybe giving access to it would ameliorate to some degree the concern about distrust.”

That won’t happen, said Michael McDonald, a political science professor at the University of Florida and the head of the United States Election Project. That website tracks data and information about voting systems across the country. McDonald was also one of two outside mapmakers brought in to help in Ohio’s redistricting saga, though their maps weren’t adopted.

“They’re overloading the capacity for the local election to respond to those, and it’s gumming up the ability for election officials to efficiently run their elections,” McDonald said.

McDonald said Lindell and others have gotten voter data and converted it to serve their narrative.

While he said elections can be improved and the system isn’t flawless, there’s nothing that happened in 2020 that would have changed the outcome. And McDonald said he doesn’t see an end to this situation.

“There is just one solution. It’s a very easy solution, but it’s not going to happen,” McDonald said. “And that’s for Donald Trump to admit that he lost the election fair and square.”

So for now, election officials in Ohio and a few other states must split their focus on the past and on this year. They’ll work on the big requests for 2020 documents and prepare for the 2022 midterms. Early voting in Ohio starts on Oct. 12.