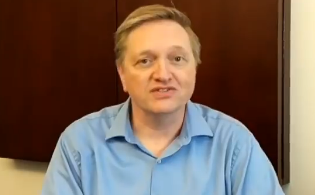 The future of Cleveland’s only psychiatric ER is uncertain after St. Vincent Charity Medical Center announced last month it would close its medical ER and inpatient services on Nov. 15.

Key to the decision will be if the Alcohol Drug Addiction and Mental Health Services (ADAMHS) Board of Cuyahoga County will provide nearly $3.8 million in funding to the Sisters of Charity Health System to help fund the operation.

The ADAMHS Board has a long track record of funding St. Vincent’s psych emergency department. The funding amount that St. Vincent needs to continue operations is consistent with the amount the organization received in 2021 and 2022 from the ADAMHS Board.

“We’re in conversations with St. Vincent now. They’re looking into if they would be able to operate a standalone psychiatric emergency department, one that isn’t connected to a hospital,” said Scott Osiecki, ADAMHS Board CEO. “But there’s rules and regulations about that.”

He said the board will be studying the impact of lost services, in addition to reviewing St. Vincent’s proposal for funding the psych ER.

The ADAMHS Board also covers some mental health and addiction treatment costs for patients without private insurance, he said.

“St. Vincent is deeply engrained in our crisis continuum of care, especially for individuals with severe mental illness,” Osiecki said.

Located in Cleveland’s Central neighborhood, the hospital is the primary emergency department for people during a psychiatric emergency, when they may be homicidal or suicidal.

St. Vincent is home to one of only two psychiatry ERs in the state. Psych ERs are distinct from medical emergency rooms, where one would go for a heart attack or broken leg. In a psychiatric ER, specially trained staff perform evaluations, provide counseling and get patients stabilized so they can move on to other services.

St. Vincent’s emergency department has the capacity for seven patients at a time. If someone needed to be hospitalized even after they’re stable, that person could move to one of the 20 staffed beds in the inpatient psychiatry department.

Timothy Sommerfelt, with the Cleveland Association of Rescue Employees, the union for emergency medical service employees, said if the ER does close, it will impact capacity at other Cleveland area hospital ERs and add to response time for paramedics.

Every time someone calls an ambulance for a person in acute psychiatric distress, it’s Cleveland EMS’ policy to will take that person to an ER. But just about every ER in Cleveland is already at capacity and short-staffed, Sommerfelt said.

“It’s undoubtedly going to be a strain on both EMS system and local ERs to absorb an extra three or four thousand patients a year,” Sommerfelt said. “It’s definitely going to be a hard ask for a health care system that’s already taxed.”

For their psychiatric inpatients, a St. Vincent official said doctors will be talking with the patients about transition plans. If the patients can continue in outpatient services, they can do that at St. Vincent.