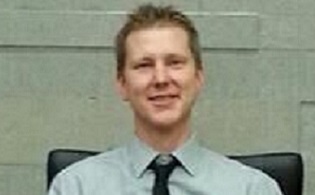 An appeals court in Columbus has vacated an $8 million asset freeze against a former Ohio energy regulator under scrutiny by the FBI in an investigation of a $60 million bribery scheme!

An appeals court in Columbus has vacated an $8 million freeze of assets belonging to the former chair of the Public Utilities Commission of Ohio, saying a judge wrongly granted the freeze sought last year by Ohio Attorney General Dave Yost.

A three-judge panel at the 10th District Court of Appeals issued a ruling on Tuesday that said Franklin County Judge Chris Brown abused his discretion when he granted the freeze on Sam Randazzo’s assets as part of a pending lawsuit.

Randazzo is the subject of an FBI investigation regarding a $60 million bribery scheme funded by FirstEnergy Corp. to obtain a $1 billion legislative bailout in 2019 of two Ohio nuclear plants operated at the time by a FirstEnergy subsidiary. The Akron-based company acknowledged paying the bribes in a deferred prosecution agreement with the U.S. Department of Justice last year.

The bailout was never collected from Ohio electric customers after a company that now owns the plants said it did not want the money.

FirstEnergy officials also acknowledged in the prosecution agreement to having paid Randazzo $4.3 million before Gov. Mike DeWine appointed him chairman of the utilities commission in February 2019. The agreement said the money was paid to Randazzo for his future help as PUCO chair.

The Attorney General’s Office along with Columbus and Cincinnati in 2020 filed a racketeering lawsuit against FirstEnergy and former Ohio House Speaker Larry Householder, who faces federal racketeering charges related to the bribery scheme. Randazzo and two former FirstEnergy officials were added to the suit last year.

Yost sought the asset freeze after Randazzo transferred a home worth $500,000 to his son and sold other properties for $4.8 million.

Yost’s office issued a statement Wednesday that said, “We are reviewing the decision and will evaluate the next steps.”

Roger Sugarman, an attorney for Randazzo, declined to comment about the ruling.