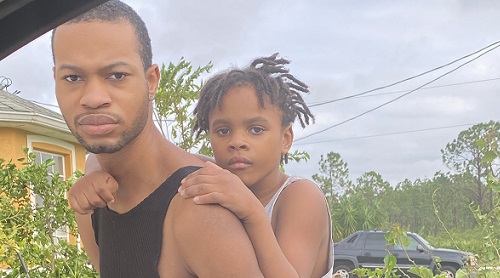 Six-year-old Tahjir Burrowes wandered out of his Florida home on Oct. 5, wearing only a diaper and a T-shirt, and headed straight for a hurricane-flooded canal.

He had the severest form of autism and was drawn to water, his mother said. The storm had bulldozed the fence around their property, giving the boy, who was nonverbal, the brief opportunity he needed to escape undetected.

His 17-year-old brother, Tahjon, knew something was wrong as soon as he got out of the bathroom and could not find his little brother anywhere.

He pounded on his mother’s door. “Mom, mom, mom! Tahjir got out of the house!” he shouted, before flying out of the door.

Their mother, Lachera Burrowes, immediately jumped in her car and drove to the canal near their Lehigh home.

When she got there, there was silence, not a ripple in the murky waters.

She called the police and searched street by street. Hours later, a detective arrived at her front door. Authorities had found her two sons: They had drowned in the canal.

In her heart, Burrowes knows Tahjon must have jumped in after his little brother. The two were best friends, despite their age difference, and Tahjon knew just what to do to keep his brother calm and happy.

“I don’t know if one could be without the other. He could not stand there and not jump in,” she said, adding that she would have done the same thing if she had arrived first.

A spokesperson for the Lee County Sheriff’s Office confirmed the deaths of the two brothers, adding that no foul play was suspected.

Burrowes had thought she did everything she could to keep her family safe. Despite living paycheck to paycheck, the single mother shelled out money for a hotel in Port St. Lucie so she could evacuate with her three sons and her mother. Burrowes, who works as an addiction counselor, knew Tahjir was sensitive to storms and that he had become constipated for days after Hurricane Irma left their home in darkness in 2017, so she wanted to avoid that.

More than 130 deaths have been attributed to Hurricane Ian, according to an NBC News count based on statements by local and state authorities. That makes it Florida’s deadliest hurricane since 1935.

Burrowes, 44, couldn’t fathom there was still a danger, a week after the storm hit.

“I just always try to do the right thing, and sometimes it just blows up in your face,” she said, before getting quiet. “I’m going to be honest, I feel like I could die.”

In her happiest memories, and in a lot of the photos on Burrowes’ phone, Tahjon is carrying his baby brother on his back.

Tahjon stepped up, almost as a father figure, after Tahjir was diagnosed with the most severe level of autism when he was 3. Though he would have turned 7 in December, Tahjir “had the mind of an 18-month baby,” his mother said.

Tahjon was protective of Tahjir, but also caved to many of his demands, their mother said. Tahjon helped teach Tahjir how to walk. He often put his baby brother to sleep. He accompanied his mother when she took Tahjir to therapy. They were often chasing each other, laughing at home.

“I have so many pictures of Tahjir in his arms, in his bed, all over him,” Burrowes said.

“Tahjon was like the best big brother in the world. Tahjon was, there’s no words. I can’t,” she added, as she broke down. “I really miss him.”

Now, Burrowes plans to bury the brothers side by side. And while there are days she wants to give up, she has pledged to ensure that her surviving son, Tahjay, who was Tahjon’s twin, has a full life, one that honors the lives of his late brothers.

In their room, Tahjay found the start of 14 stories his imaginative twin had written about superheroes and monster-slayers, and he plans to one day finish the tales for his brother.

“I know I’m going to be crying forever, but there are some really good memories I have,” Burrowes said. “I have more good memories than anything else.”

This article was originally published on NBCNews.com