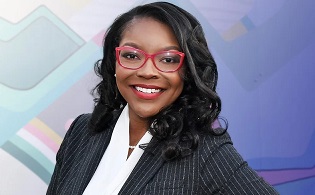 Democratic voters in the 13th Congressional District have an easy choice to make.

Emilia Sykes of Akron, a former Ohio House minority leader who was first elected in 2014, is a highly qualified candidate. We are confident the Democrat will listen to the needs of Akron-Canton constituents if she moves from the Statehouse to Congress and work across the aisle to get things done.

Republican voters have a much tougher decision to make. The party’s candidate, Madison Gesiotto Gilbert, has experience as a political commentator and leader in Trump campaign efforts. But Gesiotto Gilbert seems unwilling to reach out to Democrats and moderate Republicans.

While the Republican is a Stark County native, her dedication to the Akron-Canton area is also in question. A year ago, she had a Sandusky address and was hoping to challenge Democrat Marcy Kaptur in the 9th Congressional District in Northwest Ohio.

And it should be troubling to Republicans that Gesiotto Gilbert can’t state on the record whether she believes it’s true or false that Donald Trump lost the 2020 presidential election. The Washington Post has identified her as one of 299 Republican election deniers running for office this November.

Republicans who want Democratic control of the U.S. House to end or who prefer Gesiotto Gilbert’s anti-abortion stance might not have trouble voting for her. But they would be overlooking Sykes’ worthiness.

In this time of extreme political partisanship, The Beacon Journal largely is discontinuing the candidate endorsements that were once a staple at election time. We realize many voters don’t necessarily want advice on how to vote, instead following either left-wing or right-wing political coverage.

But in this case, we really must call out Gesiotto Gilbert. She is a Trump extremist who is eager to disparage Joe Biden and Nancy Pelosi, but has nothing specific to say about the 13th District.

In the voter guide provided by the Beacon Journal, in collaboration with the League of Women Voters of Akron and Hudson, Gesiotto Gilbert did not provide biographical information or respond to questions. Sykes did.

Gesiotto Gilbert has been largely absent from the campaign trail, rarely allowed herself to be interviewed by journalists and never took part in a true public forum with media coverage. She declined to meet with the Akron Beacon Journal Editorial Board and was too busy to speak by phone with a Beacon Journal reporter — she gave birth to her first child last month — and instead answered questions via email. She’s avoided any reasonable level of vetting to become a member of Congress.

Sykes has been accessible and spoken about issues that matter to the 13th District, which includes all of Summit County, northwestern Stark County and a sliver of Portage County.

She noted the importance of health care affordability to area residents, while acknowledging that Summa Health is Summit County’s largest employer and that other hospital systems are also major employers in the district. Sykes sees her support for the Affordable Care Act — which Gesiotto Gilbert strongly opposes — as key to ensuring residents have access to care and that health care providers thrive.

Sykes has worked for years on the infant mortality issue in the Ohio House, with one early victory being the release of $1.5 million in Medicaid funds for Akron-area nonprofits addressing the issue. She has repeatedly advocated for more solutions.

Republicans have distorted Sykes’ views on crime, maligning her for support of bail reform. She is a co-sponsor of House Bill 315, which is unpopular with bail bond agencies, but has bipartisan support, and even praise from a conservative think tank. A Buckeye Institute researcher conceded that too many people awaiting trial are sitting in jail for “petty, nonviolent offenses” because they can’t afford cash bail.

In her interview with us, Sykes expressed fear for democracy should the Republicans win control of Congress. Too many Republicans make light of the Jan. 6th attack on the Capitol and repeated lies about election fraud.

If elected, Sykes said she is determined to build relationships with Republicans — even if she were to find herself in the minority — so that she can make government work for her constituents.

We think Sykes is ready for the task of representing all of us in Washington, D.C., and saving our democracy.