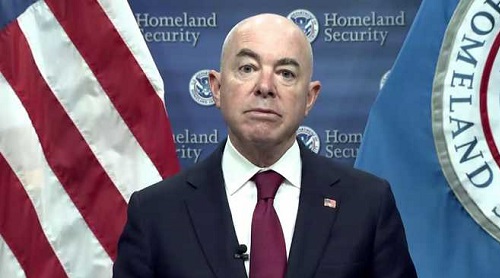 U.S. security agencies have issued a heightened threat advisory, warning of a potential attacks on political candidates, election officials and others. The alert came Friday, the same day that House Speaker Nancy Pelosi’s husband was attacked in their San Francisco home.

NPR has obtained the bulletin issued by the Department of Homeland Security, the FBI, the National Counterterrorism Center, and the U.S. Capitol Police.

Attacks conducted by lone actors pose the most plausible threat to potential targets, the bulletin warned. The risk of violence is fueled by an increase in domestic violent extremism, and those carrying out the attacks would likely do so for ideological reasons.

Most individuals are likely to cite the 2020 presidential election, repeating the false narrative that the results were skewed, and that former-President Donald Trump was the rightful winner, according to the warning.

Since 2021, perceptions of a fraudulent election have contributed to several attacks or violent plots, and the bulletin added that new theories of fraud undermining the midterm elections have been emerging.

The advisory said that last month, domestic violent extremists were identified as claiming the electoral system of being “under attack” and threatened violence against politicians.

With less than two weeks before Election Day, President Biden on Friday called on political figures to “clearly and unambiguously” reject political violence, calling the attack on the Pelosi “despicable.”

In the bulletin, law enforcement officials warned that the threat of violence extends beyond just politicians, with religious minorities also listed as a potential target.

It warned that extremists could target election-related locations in hopes of “swaying voting habits, undermining perceptions of the legitimacy of the voting process, or prompting a government reaction.”