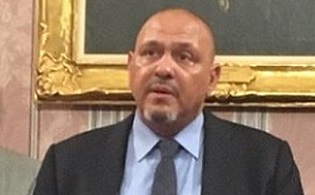 Aden’s resignation was originally reported by WKYC and confirmed by Ideastream Public Media.

Aden was named monitor in 2019 after serving as deputy monitor for two years. He’s also worked on consent decrees in Seattle and Baltimore.

Judge Oliver scheduled a closed-door hearing Thursday afternoon with attorneys from Cleveland, the Department of Justice and the monitor. The reason for the hearing is to discuss the process for choosing a replacement.

Aden’s decision to resign comes a few months after a memo released by Cleveland Law Director Mark Griffin questioned whether the monitor should continue in the role while also working on consent decrees in other cities.

At a hearing in federal court two months ago, the city sparred with attorneys from the Department of Justice and the monitor over whether the city had achieved the goals of the consent decree.

Griffin pointed to several statistics, including reductions in use of force and the time it takes to investigate civilian complaints, to make the case that the city had achieved many of the goals of the 2015 agreement

The Justice Department attorneys and the monitor disagreed with the city. Shortly after that hearing, Judge Oliver extended the monitor’s contract by two years, until 2024.