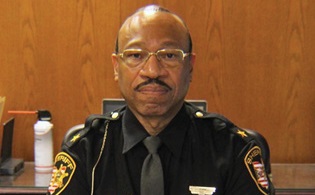 A 47-year-old woman being held in the Cuyahoga County Jail was found “in distress” in her cell earlier this month and transported to the emergency room at MetroHealth Medical Center, where she was pronounced dead at 6:38 a.m.

There are no details on the cause of death of Melissa Musson, listed in court records as a Cleveland resident. The Cuyahoga County Medical Examiner’s office will conduct an autopsy.

Musson is the third person to die in the jail in 2022. Fourteen others have died there since 2018.

According to paperwork from her booking, Musson was brought to the jail Monday morning on a warrant issued in a drug case from August of last year.

Her charges from that case included corrupting another with drugs. The warrant was issued in April.

It’s unclear whether Musson was sick when she arrived at the jail, nor how her health deteriorated so quickly that she died within 24 hours of being booked. Everyone brought to the jail is supposed to receive a health screening by MetroHealth nurses before being brought to a cell.

The emergency contact number Musson included on her jail booking card was disconnected. There is no attorney listed for her in the court docket.

Deaths and corrections officer misconduct at the jail have led to multiple lawsuits against the county. A damning 2018 U.S. Marshals Service report on conditions in the jail led to the conviction of former jail administrator Kenneth Mills.

A years-long planning process for building a new jail was put on hold recently when the steering committee in charge of the process voted down a proposed site.

In response, the county executive and president of County Council withdrew from the committee, which will wait for a new executive to take office in January before restarting the process.