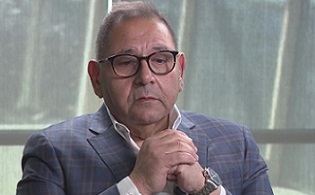 Boutros is asking the court to nullify a recent investigation into his compensation and his termination for cause, according to a statement from his attorney.

The lawsuit is the latest development in the dispute between Boutros and the hospital system.

Last week, Boutros was fired after hospital officials said he awarded himself unauthorized bonuses from 2017 to 2022 totaling more than $1.9 million.

On Friday, the hospital released an investigative report by the law firm Tucker Ellis that found that the hospital board had the right to fire Boutros for cause under their employment agreement and suggested that the former CEO could face criminal charges for “Ohio ethics violations, theft in office, and other related statutes.”

Boutros denies wrongdoing, has repaid the bonuses with interest and reported the situation to the Ohio Ethics Commission.

Boutros’ attorney said in a statement the hospital board violated Ohio’s Open Meeting Act and the hospital’s bylaws during the hiring process for Boutros’ replacement and the investigation into Boutros’ compensation. His attorney called the hospital’s recent actions “wildly reckless, illegal, and damaging.”

Boutros’ attorney had previously said the firing was one in a series of retaliatory actions taken by the board against Boutros after he blew the whistle on improper practices in the board’s hiring of his replacement as CEO, according to a statement released last week.

In the statement announcing the lawsuit, Boutros’ attorney said the board “used the investigation into Dr. Boutros’ compensation as a weapon to damage Dr. Boutros’ reputation and provide cover for the Board’s pattern of violating Ohio’s Sunshine Laws.”

Boutros is seeking “declaratory and injunctive relief to void the actions taken by the Board in violation of the statute and to require the Board to comply with its requirements in the future,” the statement said.