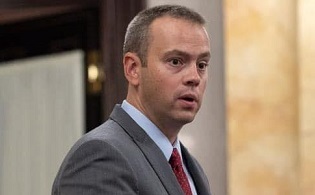 A bill that spans more than 900 pages and makes many changes to the state’s criminal justice system received a second hearing in an Ohio House committee.

The hearing for SB288 brought out major players in Ohio’s criminal justice system, including prosecutors, public defenders, and judges.

Most of the people who testified on the bill were proponents with the general consensus that the legislation mostly contained provisions they supported – even though each group might have one or two measures they were also against.

Sen. Nathan Manning (R-North Ridgeville) said the many provisions of the bill have been crafted with the intent to improve public safety, such as a measure that would allow more people to go into what’s called “transitional control.”

“We’ve shown statistically that this reduces recidivism when we can get somebody on the right path,” said Manning.

Transitional control is when a person, who is serving time in prison, is moved to a halfway house and remains under supervision.

As witnesses testified on the bill, several members of the committee suggested they were in support of the legislation.

The bill would expand the list of people who would be allowed to seek an expungement of their records, to those who are already allowed to apply to have their records sealed.

“Really, that’s what we’re looking at is trying to make it easier for people to put their record aside and be able to have productive lives within their communities,” said Manning.

Critics of the expungement provisions said it would remove an element of transparency for prospective employers when considering applicants who may have been convicted of certain crimes.

However, supporters urged that the new expungement laws would not apply to certain offenses, such as felony violence offenses, sex offenses, and traffic offenses.

Another provision in the bill would increase the ability for incarcerated people to earn credit for early release.