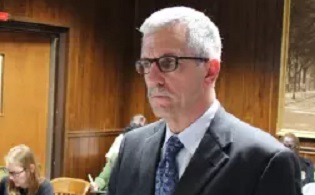 Cleveland Division of Police hail 12 lives have been saved thanks to ShotSpotter.

ShotSpotter is an acoustic gunshot detection system that uses sensors and trained audio experts to determine if a shot has been fired. It then alerts officers, identifies a precise location, and the type of weapon, all in under 60 seconds.

According to a 2022 independent audit by Edgeworth Analytics, ShotSpotter has a 97% accuracy rate.

Ron Teachman is a former police chief and the current Director of Public Safety Solutions at ShotSpotter.

“They’re getting immediate notification of gunfire activity, and that notification includes how many rounds were fired, is there more than one shooter, is there a full automatic weapon or high capacity weapon, direction of travel of the shooter,” Teachman said.

Since 2020, ShotSpotter has been deployed in 3-square-miles of the 4th district in Cleveland.

Cleveland Police Commander Brandon Kutz has been with the Cleveland Division of Police for more than two decades and is spearheading the current expansion of the system in the city. Commander Kutz also serves in the Chief’s Special Projects and Innovation department.

“A good system and we are catching a lot of gunfire on there that we had not known about before,” Kutz said.

A grant funded the pilot program that brought ShotSpotter to Cleveland two years ago. Since then, the goal has been to test the efficacy and value of the technology, through internal analysis of crime data.

“I didn’t want to go with a gut feeling,” Kutz said. “We wanted to be able to give some hard numbers and to have good data to really tell the story one way or the other.”

In October, Cleveland City Council approved the expansion of ShotSpotter to 13-square-miles across the city through 2024. The nearly $2.8 million price tag is funded by the American Rescue Plan Act. Part of the deal includes the Public Safety Department paying up to $150,000 to an independent consultant who will review the effectiveness of the system.

“Children and people should not get used to hearing gunshots at night,” Conwell said. “They should be hearing crickets. And their council member should try to figure out any kind of way that would make his residents safe. Through cameras, through ShotSpotter, but you have to evaluate and you have to have oversight.”

But not everyone is on board.

City Council Member Stephanie Howse believes the money would be better spent on gun violence prevention. Howse said it comes down to a difference of philosophy about what policing should look like.

“ShotSpotter is the shiny thing, new thing that’s like ‘Oh, it’s a quick fix,’” Howse said. “There are no quick fixes when there has been generational hurt and underinvestment.”

And while Cleveland is investing more into the technology, other cities are doing away with it, including Dayton. The Dayton Police Department began working with ShotSpotter in 2019 and recently announced it would not be renewing the contract after it expires this month.

The department cites the fact that gun owners no longer need a concealed carry permit in Ohio as one reason to discontinue service.

Dayton police point out ShotSpotter did lead to 74 arrests and a 55% reduction in all crime categories within the 3-square-mile area covered.

But the department released a statement that reads in part: “While the ShotSpotter area shows a more considerable decrease in violent crimes, this cannot be solely attributed to ShotSpotter’s effectiveness, as it was only one of the many tools used to combat violent crime in this area during this timeframe.”

Patel is a University of Dayton Law student and a member of the Coalition on Public Protection. She’s glad Dayton is getting rid of ShotSpotter. Patel has been looking into the system and has questions about what the company claims.

“Alert was recorded,” she said. “It was investigated. A report was filed. But at the end of it how is it benefiting the community as a whole? Like is it nipping in the butt the issue that we’re talking about which is gun violence or is it just like, the way I see it we’re putting like a superficial bandaid on it.”

False alarms and over-policing are among the top concerns raised about ShotSpotter. So is privacy. Some worry ShotSpotter can also pick up things like voices since it detects gunfire through microphones. Teachman said an independent privacy audit conducted in July 2019 found the risk of voice surveillance was “extremely low”. He said ShotSpotter then implemented recommendations made by the audit to improve privacy protection.

“We’re not picking up conversations,” Teachman said. “We’re not recording voices. The system is designed to hear gunfire, to distinguish gunfire, and alert the police to that gunfire event immediately.”

Teachman said the sensors go on rooftops and utility poles above tree level. He explained the engineers are strategic about placement and account for the unique architecture of each city during the set up process.

Kutz and Teachman argue the majority of issues raised about ShotSpotter are not the fault of the technology.

Teachman said the system is constantly improving, and a Customer Success Team helps teach departments the best ways to use it.

All agree ShotSpotter is not a replacement for 911. Kutz said calls to police in Cleveland are declining. He said right now only 9% of gunfire results in a 911 call.

“If you’re not right about if it’s fireworks or gunfire I don’t care,” he said. “If you think it might be gunfire you need to call. I don’t care if you don’t know exactly where it came from, take your best bet and let us know that it’s happening so we can get officers in the neighborhood.”

Gun violence is a major problem plaguing cities across the state, and all sides recognize ShotSpotter alone can’t fix it.

“We don’t claim sole responsibility for any reduction or increase in the crime,” Teachman said. “We’re a tool in the toolbox.”