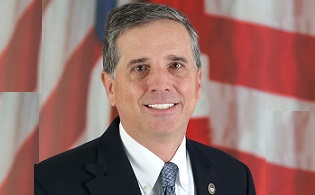 Most Cleveland residents are familiar with the major players who spend taxpayer money — our elected mayor and City Council members. But not everybody knows that a huge chunk of funding is directed by a separate board that meets weekly, handing out contracts worth anywhere from $20,000 to $10 million.

The Board of Control determines who gets paid to fix sewer lines, restore historic city-owned buildings and supply snow plows.

What is the Board of Control?

The board has a few duties, but, most notably, it votes to approve spending amounts for specific projects, services and supplies for the city.

Here’s how the process works:

This is the general process, but the decisions the board make vary based on the language in the approved legislation. (See an example below.)

Ohio law generally requires that cities select contractors through competitive bidding, meaning Cleveland must put out requests for bids by  advertising for and fielding proposals from contractors. The board will then select the “lowest and best” bidder, according to its treasurer, Jeff Marks, who also serves as assistant director of the Law Department.

In some cases, goods or services are considered proprietary, or “sole source.”

Who serves on the Board of Control?

Aside from the mayor, the city’s charter doesn’t outline exactly who should sit on the board; it makes only a vague reference to the directors of “several departments.”

The Commissioner of Purchases and Supplies and the Director of the Office of Equal Opportunity also attend Board of Control meetings even though they are not members.

How does the Board of Control operate?

The board meets on Wednesdays at 3 p.m. in City Hall’s Red Room, a red-carpeted meeting room in the mayor’s office decorated with stately portraits of previous mayors on the pink walls.

At these meetings, the board votes on resolutions that include spending amounts for projects presented as “lowest and best” by the department directors who participate.

Meetings are typically short – some less than 10 minutes — but, in that time, hundreds of thousands and even millions of dollars are allocated to contractors.

In a meeting on Nov. 9, Cleveland Documenter Daniel McLaughlin reports little discussion about contracts, except on one agenda item related to a window-cleaning contract.

In that same meeting, the board voted to approve contracts for a city website redesign, an esports program and more.

The resolutions include estimated spending amounts for contractors. (Find some more examples in meeting notes here, from Cleveland Documenters.)

In some cases, subcontractor amounts are listed as “to be determined.” Subcontractors are paid directly by contractors so that indeterminate amount does not affect the budget for the project.

The Board of Control authorizes spending amounts as little as $20,000 for renewing a staffing contract and as much as $10.26 million for snow-removal equipment.

Can the Board of Control alter a contract?

Legislation is typically passed with a “not-to-exceed limit,” which gives the board only that latitude, said a City Council spokesperson.

If cost overruns might exceed the amount in the legislation, the administration would need to come back to City Council for permission to spend more money. .

“The Board of Control is not a junior City Council,” Marks said. “It doesn’t have any inherent powers other than what council has authorized by an ordinance.”

What other duties does the Board of Control have?

In addition to approving contractors and contract amounts, the board’s other responsibilities include approving the sale of vacant parcels in the city’s Land Bank.

The board will also sometimes discuss whether it is OK to waive or reduce minority business participation or payment related to a contract, which the city’s Office of Equal Opportunity Director can recommend..

Do Clevelanders have a say in the Board of Control’s decisions?

In “very rare and infrequent” cases, Marks said, the board will hear arguments for or against contractors. Generally, decisions are finalized without resident input.

“It’s not an open forum for discussion,” he said. “If [people] want to speak to why a contract should or should not be approved, we will allow them to do so for a reasonably short time.”

Anyone wishing to address the board may do so with the board’s permission for no longer than five minutes, according to the city’s website  To speak at a meeting, contact the Law Department by emailing smelnyk@city.cleveland.oh.us or calling (216) 664-3078 and include the agenda item you wish to address.