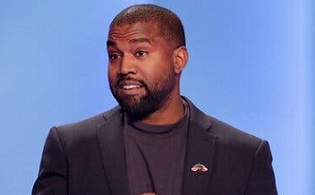 “Based on a review of the documents submitted by the West campaign, both the information and a signature on the original nominating petition and statement of candidacy submitted to the Secretary’s office do not match that of the nominating petition and statement of candidacy that was used to circulate part-petitions,” LaRose said in a press release.

Earlier this month, a representative for the billionaire musician filed paperwork for West to run as an independent in Ohio, with Wyoming “biblical life coach” Michelle Tidball as his running mate.

Ohio requires independent candidates to submit at least 5,000 valid signatures from Ohio voters, and a list of 18 presidential electors, in order to qualify for the ballot.

“A signature is the most basic form of authentication and an important, time-honored, security measure to ensure that a candidate aspires to be on the ballot and that a voter is being asked to sign a legitimate petition,” LaRose said. “There is no doubt that the West nominating petition and declaration of candidacy failed to meet the necessary threshold for certification.”

West announced his presidential run in a July 4 tweet, and multiple news outlets have reported that GOP-affiliated operatives have helped get him on ballots across the country in an attempt to bolster President Trump’s reelection campaign. In Ohio, West’s signatures were submitted by an associate with the law firm Isaac Wiles, which has received tens of thousands of dollars from Senate and House Republican campaigns in the last few years.

West successfully made it onto the ballot in Utah, Arkansas, Oklahoma and Colorado. But he was disqualified Thursday in Wisconsin after turning in nomination papers late, and blocked from the ballots in Illinois and Montana for failing to turn in enough signatures.

LaRose said Howie Hawkins and Angela Walker will appear on the November ballot as independent candidates for president and vice president.