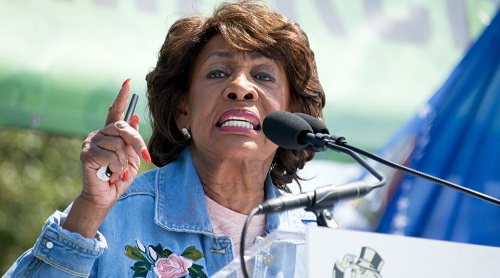 It was just hours to the most consequential presidential election in the American and Maxine Waters had something to say to Black voters supporting President Donald Trump. Speaking during SiriusXM’s The Joe Madison Show she had some choice words for Black Trump supporters.

“Any of them showing their face, I will never ever forgive them for undermining the possibility to help their own people and their own communities,” Maxine said, highlighting the sense of betrayal Trump critics like her feel towards Black people who support the Republican candidate.

Waters also didn’t spare the Black men who polling indicated would vote for the President in greater numbers than four years ago. The Democratic California congresswoman said there’ll be consequences for their actions in the voting booth.

Her comments came a day after Lil Wayne joined the growing list of Black celebrities and rappers who are in full support of Trump’s re-election. While still addressing the Black men, Waters said that it’s a mere delusion for them to think that Trump will help improve their financial situations.

Waters strongly opposed Trump because of his shameless embrace of white supremacy.

“He’s a racist. He does not have any appreciation for Black people and Black women in particular,” Waters said.