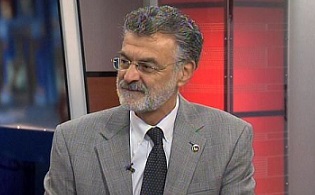 While the city and the world focus on the COVID-19 pandemic, Cleveland Mayor Frank Jackson wants people to remember that coronavirus is not the only issue facing Cleveland.

“COVID-19 and the pandemic and the virus is in the front of everyone’s mind and it’s on TV, it’s everywhere, and rightfully so,” he said. “But we have another pandemic going on, and that is the pandemic of violence in our community.”

Jackson addressed the issue at a virtual town hall last month after renewing calls for citizens to follow proper protocols to protect against the virus, including staying home except for essential travel.

On the issue of violent crime, he specifically focused on gun trafficking and the effort to keep guns out of the hands of children and others who shouldn’t be allowed to have one by law.

“The availability of guns in our community and the trafficking of the guns, just like you traffic drugs, is a crisis,” he said.

Jackson said the city doesn’t want to take away guns and did not give any specifics about how gun violence could be decreased.

He said there are Cleveland neighborhoods that have never experienced the level of violence happening now.

Cleveland’s Chief of Police Calvin Williams also addressed the issue, saying Cleveland has had 159 homicides this year. At the same time last year, the city had had 109 homicides.

Williams said about 140 of this year’s homicides were the result of gun violence, which is up about 45 percent over 2019 numbers.

He said shootings are also up about 58 percent compared to last year.

“So you see the magnitude of violence in the city of Cleveland, particularly gun violence,” Mayor Jackson said.

“For those who are living in neighborhoods where there is violence and crime, particularly gun violence, and for those of you who become the victim of (violent crime), remember you are not forgotten,” he said. “Yes, things have to get better, and yes, we have to do better, but I want you to understand that we have not forgot about you.”