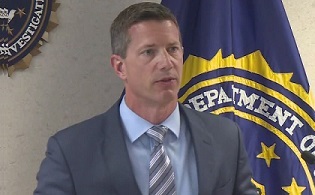 Northeast Ohio law enforcement announced they have brought charges against 10 people accused of being members of the Percy Homies gang.

Ten Northeast Ohioans have been accused of gang-related crime in Cleveland.

This week, an indictment was returned against 10 people accused of being members of the Percy Homies gang, Cleveland police announced. Charges in the indictment range from drug trafficking to aggravated robbery to carrying concealed weapons.

“This community is drowning in gun violence,” said Cuyahoga County Prosecutor Michael O’Malley. “These arrests will hopefully bring some calm to the southeast side of Cleveland.”

Six of the 10 people named in the indictment were taken into custody Thursday by the Cleveland FBI. Search warrants were also served at homes in Cleveland, where law enforcement says they found seven guns, heroin, marijuana and cash.

“This group of individuals engaged in numerous crimes which brought danger and violence to our Cleveland neighborhoods,” said FBI Special Agent in Charge Eric Smith. “The Cleveland FBI applauds this collaborative law enforcement effort and we will continue to stand side by side with our partners at the CPD and CCPO to assist in ridding our streets of those responsible for bringing violence and drugs to our doorstep.”

The arrests this week are part of Operation Legend, a controversial program that permanently relocated 25 federal agents to Northeast Ohio. The additional federal agents in Cleveland are a continuation of a previous federal initiative in Northeast Ohio called Operation Relentless Pursuit. That operation ended at the end of March due to the COVID-19 pandemic.