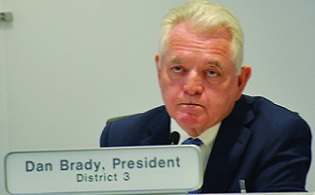 Cuyahoga County Council approved a two-year, $3 million contract for medical services at the juvenile detention center during a special meeting Friday, the last council meeting of the year.

The contract is with Wellpath, a Tennessee-based, for-profit healthcare provider that specializes in medical care in jails and prisons.

Council received public comments opposing the contract, including from a Kentucky-based nonprofit called Children’s Law Center, which cited lawsuits against Wellpath from around the country.

“Wellpath is a lucrative business that contracts in over 500 facilities in 34 states,” wrote the group’s attorney, Leah Winsberg. “Across the country, the same alarming themes in Wellpath’s services have been documented, including: doctors and nurses failing to diagnose and monitor life-threatening illnesses and chronic diseases; employees denying urgent emergency room transfers; failing to spot or treat serious psychiatric disorders; and allowing common infections and conditions to become fatal.”

County council members expressed frustration at the contract’s late arrival – it was considered by the public safety and justice affairs committee for the first time earlier this week and Wellpath will start working in the detention center on Jan. 1.

The juvenile court, which oversees the detention center, told council that without this contract, the facility might have to be closed down. According to Fiscal Resources Director Tim Lubbe, the court approached MetroHealth Systems about submitting a bid early this year.

MetroHealth, which handles medical care for adults in the Cuyahoga County jail and also had been working in the juvenile facility, declined to comment for this story.

The court ultimately received three bids to choose from – one from University Hospitals and two from private, for-profit providers: Wellpath and Advanced Correctional Healthcare.

Councilman Michael Gallagher Friday said he’s not surprised by the Cleveland Clinic and MetroHealth’s decision to not offer bids.

“Because there are only a certain number of businesses that actually provide these services,” Gallagher said.