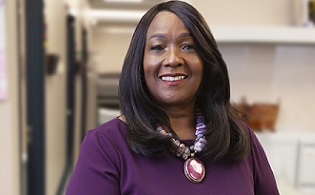 A group of Ohio lawmakers want to pass an abortion law that would be even more restrictive than the six-week ban in Texas, a move reproductive rights advocates say has already had a chilling effect among those in the state’s right-to-choose community.

Ohio House Bill 480 would make abortion at any stage of pregnancy illegal. It also includes some of the same elements as the six-week abortion ban, known as SB 8, that went into effect in Texas on Sept. 1 — namely, that it would allow virtually anyone to file lawsuits against any person who “knowingly engages in conduct that aids or abets the performance or inducement of an abortion” for up to $10,000.

Abortion up to 20 weeks in a pregnancy is still legal in Ohio. But state lawmakers have signed 30 reproductive health restrictions into law since 2011 and introduced even more, including Senate Bill 123, a trigger law that would immediately ban abortion in the state if Roe v. Wade is overturned. The US Supreme Court will hear oral arguments on Dec. 1 about a Mississippi abortion ban and potentially rule to overturn the 1973 landmark case that affirmed a constitutional right to abortion.

Introducing HB 480 is also a political move to set the stage for the trigger ban, said Jordyn Close, Ohio state coordinator for Unite for Reproductive and Gender Equity (URGE). If Ohio lawmakers can successfully pass the “egregious” HB 480, it will make the trigger ban appear “not as extreme” and more likely to pass, too, Close said.

When Michelle Davis, a clinic escort at Your Choice Healthcare in Columbus, heard about HB 480, she told BuzzFeed News she was “completely devastated.”

Davis has been a volunteer escort since 2015, shielding patients accessing abortion care and other medical services from throngs of anti-abortion protesters who gather outside the clinic with the goal of changing their minds.

With HB 480 looming, reproductive justice advocates said the aggressive protesters Davis faces could also be legally empowered to act as “paid bounty hunters,” no matter their connection to the patient, and take doctors, healthcare centers, and any other personnel in service of abortion to court.

“It pisses me off that people who stand outside of our clinics and scare people, terrorize people, are working with the Ohio legislature to further criminalize pregnant people,” Davis said.

SB 8 in Texas bans nearly all abortions after fetal cardiac activity can be detected, usually around the sixth week of a pregnancy. Pregnancy terms are counted from the first day of a person’s most recent period, so week six is typically two weeks after a missed period, which is when many people realize they’re pregnant. Early-term state abortion bans are often referred to as “heartbeat” laws, but the term is misleading, since a fetus’s heart valves haven’t formed yet; an ultrasound at that stage is detecting electrical activity.

HB 480 in Ohio goes further than SB 8 by criminalizing abortion after the point of conception, the point when an egg is fertilized. The text of the bill explains that legislators designed the law to ensure medical providers make all “reasonable” attempts to keep a pregnant person and their “unborn child” alive, using language that shifts how the law interprets when life starts.

“It is not just copying the same bill,” Iris Harvey, president and CEO of Planned Parenthood of Greater Ohio and Planned Parenthood Advocates of Ohio, said of HB 480. “It is changing a constitutional definition of when a person is recognized in the law to a fertilized egg starting at conception. … Those elements are very different than Texas.”

The bill is already stirring panic and confusion. Harvey said that since HB 480’s introduction, phone lines at her Planned Parenthood have been “blowing up” with people asking whether abortion is still legal in Ohio. Many have expressed confusion over how many weeks they have to make a decision before it’s considered too late.

“They’re frightened if they have an impending decision that they want to make about a pregnancy,” Harvey said. “There is no doubt that there will always be abortion; people will always find a way to get it.”

Natalie Webb, a 25-year-old living in Columbus, told BuzzFeed News she felt “anxiety and frustration” immediately after she learned about HB 480 via Instagram.

“Being a woman of childbearing age, my gut reaction was ‘What would I do if I needed an abortion?’” Webb said, adding that she probably wouldn’t know what resources are available to her without social media accounts like @whoohio and @urge_org.

“A lot of people think abortion is not accessible in Ohio right now,” Close said, adding that URGE has gained hundreds of Instagram followers since SB 8 went into effect, showing the growing number of people seeking correct information about their reproductive rights.

HB 480 wouldn’t ban contraception, but Webb said she is now also worried about birth control. It’s a “pretty large layer of anxiety” to know that the “safety net” of abortion would not be there if her birth control methods failed and she became pregnant, she added.

The number of Ohio residents who can make alternative abortion choices under a ban like HB 480 is limited because some people can’t afford either to take time off from work to drive to abortion appointments in other states or self-managed care at home, Harvey said.

And the inherent surveillance factor built into HB 480 is bound to disproportionately affect people of color and low-income groups who are already “overly inspected and targeted for compliance to regulations that aren’t in their best interests,” she added.

This “spirals” into a larger burden on infant and maternal mortality rates when healthcare sites that provide abortion and other reproductive health services are shut down or under surveillance, Harvey said. There were 29.5 deaths per 100,000 live births in Black women versus 11.5 in white women in Ohio from 2008 to 2016, according to the state health department.

HB 480 is also expected to have a “chilling effect” on medical providers, since they will be more exposed to being sued by the public, Harvey said.

“I think the intent is definitely to scare doctors away from providing care and to scare individuals from helping their loved ones,” she added.

An Ohio native, Webb said HB 480 didn’t come as a surprise given how long the state has worked to limit abortion access.

“It’s almost like a race to the bottom,” Harvey said.