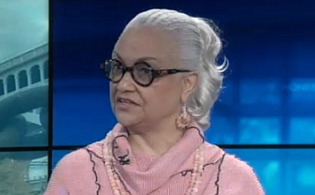 ”Stop the violence or face the mourning after,” reads a billboard at the intersection of Woodland Avenue and the Opportunity Corridor.

It’s one of two in the Greater Cleveland area catching the attention of drivers and area residents.

“Anything and everything that can help the neighborhood. Bring some attention to it,” Shirleen Moton said.

E.F. Boyd & Son Funeral Home, the oldest black-owned funeral home in Greater Cleveland, is responsible for putting up the billboards in an attempt to send a message to the community it serves.

“It’s very sad and it’s just hard to see the neighborhood changing like it is. People don’t feel safe to walk the street at night,” owner Marcella Boyd Cox said.

E.F. Boyd, a staple in this neighborhood, has been working with families since 1905. They say they’ve seen the area go from good to bad to now, out of control.

Boyd Cox, the youngest daughter of the late owners of E.F. Boyd, is no stranger to seeing the end result of gun violence and says enough is enough.

“There’s more violence. There’s more Black on Black violence and that’s what we really wanted to speak to. That we are the ones killing our neighbors and our friends and it’s just sad,” Boyd said.

Boyd saying the burden often falls on families financially not prepared to bury their own.

Moton raised her three children in Cleveland’s Fairfax neighborhood and says the billboards will hopefully prompt change for the better.

Boyd added, “It’s up to us and we got to work in our community to make this a safe and better place for people to live.”