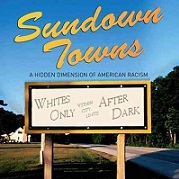 Historically known as predominantly white towns that forbade African Americans from being in city limits past dark, sundown towns are still a reality in present-day America.

Since its rise, TikTok has served as not only a mega-source of entertainment but an educational platform, showing users the best and newest of cooking recipes, viral dance moments, comedy, house hacks, lifestyle tips, and world news. But the latest news to go viral on the popular app is not new at all, but instead a renewed awareness about “sundown towns”—a long-held tenet of white supremacy that many may have thought left in the past. Apparently, however, some American towns have kept the racist tradition going, and we need to be on the lookout for these areas, especially for the sake of our Black peers, friends, and family who may pass through.

For those unfamiliar, a sundown town is a city, town, community, municipality, or county that is deliberately and strategically all-Caucasian, using a variety of tactics to keep out other races, primarily African Americans. Traditionally, keeping out African Americans not only meant keeping them from living in the area, but if one was working in the area and/or had to pass through, it had better be done before sundown. Otherwise, dangerous discriminatory practices could and often would take place. These practices might include violence, harassment, intimidation by force, or even death.

Sundown towns became prevalent in America following the eradication of chattel slavery and continued well into the 20th century. However, after the Civil Rights Act of 1964 was passed, many sundown towns eradicated their laws and practices—but not all of them.

Recently on TikTok, users have shared their perilous experiences in sundown towns. Using the hashtag #sundowntown, they are letting the world know this is still a thing, the danger is still happening, and it could very well happen to you if you are not cautious of where you are traveling to and through.

A Black truck driver personally recorded his experience of a night spent in a sundown town. He starts his video by exclaiming, “2022, a sundown town,” sounding almost in disbelief. He goes on to explain that he was delivering and retrieving a truckload in a place called Vidor, Texas, an area many Black people have warned other black travelers about.

When he arrived in Vidor, he understood why this place carried a reputation, as he witnessed Confederate flags everywhere and even an effigy of a Black man wrapped in a Confederate flag hanging from a tree. While he was at his designated loading area, he overheard chatter about “code red,” and actually heard someone discuss his safety. He was soon personally advised to leave the area because it was near sundown and to not stop anywhere until he at least arrived in the nearby city of Beaumont, Texas.

The video prompted a mass viral reaction across social media, with several databases of sundown towns made accessible for the protection of Black drivers and travelers. That this type of discrimination is still going on in this country, is saddening, but it’s a good thing we have even broader resources and platforms to spread the word and help protect each other. Check out more of the sundown town videos below, and be sure to submit any helpful information to the databases.