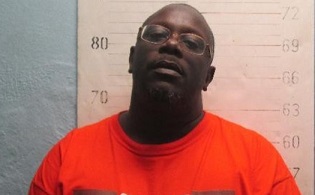 The Cuyahoga County Board of Elections on has certified signatures from electors in East Cleveland seeking the recall of City Council Vice President Ernest Smith.

Smith  had until Aug. 31 to resign his seat voluntarily. If he does not, he will join East Cleveland Mayor Brandon King on the Nov. 8 general election ballot, and it’ll be up to voters to decide if he stays or goes.

Smith has been the subject of numerous controversies in East Cleveland since his appointment by Mayor Brandon King in 2017 — itself controversial. In 2019, he was arrested for selling alcohol without a license out of a former bar on Euclid Avenue where he operated a grassroots nonprofit. Smith said he was hosting a back-to-school fundraiser at the site, an event which featured underage strippers who were alleged to have been brought from Michigan and elsewhere.

For Smith’s council colleagues, though, his most egregious  offense has been the ongoing use of a city-owned vehicle, provided to him, along with a city credit card for gas and other expenses, by Mayor Brandon King.

According to an ethics complaint filed by East Cleveland council members Juanita Gowdy and Nathanial Martin, Smith keeps the vehicle 24/7 and treats it as his own. The complaint notes that council went so far as to pass a resolution attempting to recover the vehicle in 2020, but that Mayor King vetoed it.

The use of this vehicle and nearly $9,000 in expenditures on repairs and gas sourced from the city’s general fund are referred to in the complaint as unlawful enrichment.

“In essence, he has given himself a raise that is illegal,” the complaint reads.

Many of the East Cleveland organizers of the Brandon King recall effort are also active in attempts to remove Smith. The group will hold a press conference at East Cleveland City Hall Friday to publicize their campaign. In publicity materials, they allude to Smith’s 2019 arrest, the illegal use of the city vehicle, and an unspecified “assault on a senior citizen” at a council meeting this year.

William Fambrough is serving as spokesman for Citizens to Recall Ernest L. Smith. He is a longtime political figure in East Cleveland who is currently suing the city for the towing of his vehicle and  a noise complaint in 2021 that he alleges were forms of retaliation and suppression. Fambrough supported Juanita Gowdy in her campaign against Brandon King last year.

Fambrough told Scene that Smith’s appointment was unlawful in the first place, and that his presence on council has been “an open wound that has lasted until today.”

Fambrough emphasized Smith’s brazenness in using a city vehicle as his own and said it has angered his council colleagues, as they do not receive the same perk.

Smith can be counted upon to support Mayor King’s agenda, Fambrough said, and always votes however the Mayor wants him to.

In general, Fambrough said, the current citizen attempts to remove Mayor King and Councilman Smith are about moving East Cleveland in a positive direction.

“We want the city to progress,” he said, “to attract the people and the development that we deserve. We want to make this city a wonderful place to live, work and raise a family.”  Both the alleged misconduct of leaders like King and Smith, and the city’s reputation gained from such conduct, Fambrough said, made it difficult for the city to advance.

According to the city charter, if Smith were to be recalled, City Council would have 30 days to appoint a replacement. Fambrough said that residents of the city’s third ward would likely be invited to submit applications, and council would vet the applicants and make a selection from that pool.