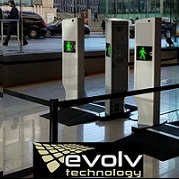 The FOX 8 I-Team has found the Cleveland Browns going high-tech to get fans into the stadium more quickly and make sure no one gets in with anything dangerous.

The teamused new technology at FirstEnergy Stadium at the pre-season game.

This season, the Browns will use what’s called Evolv Technology to detect weapons and keep fans moving as they arrive at the stadium. Fans passing by the new sensors will not automatically have to be searched.

The Browns explained the new security screening will be used at the two gates where most fans go inside, the Meijer Gate on the southwest corner and the University Hospitals gate on the southeast corner.

Brandon Covert, VP of Information Technology, told the I-Team that most fans now will never have to stop for security screening.

“You literally walk right through. 95% of fans will never have to slow down or stop for security screening. It’s very new-edge,” he said.

Think of it this way. How many times have you gone to a big event and you’ve had to empty your pockets for security screening? With this new system, someone will scan your ticket and you walk in unless the system sends a signal saying you need to be stopped and checked.

The I-Team asked how this really protects someone from a person with bad intent who wants to test the system.

For a couple of years already, the Browns have allowed fans to sign up to get in through facial recognition, never even having to show a ticket. The team started using the Wicket technology in 2020.

But, the new security screening will be used for everyone going through the two main gates.

The I-Team caught up with a Browns season ticketholder anxious to see the impact.

“So, we’re happy to see this particularly if you’re running late,” Chris Becker said. “Have that ability that’s twofold. One, get you into the stadium quicker, and two, make sure someone’s not bringing something into the stadium that shouldn’t be brought into the stadium.”

The Browns say the new system was used during a big concert at the stadium last weekend and it worked well.

Other large stadiums around the country are also moving toward this kind of security screening system.