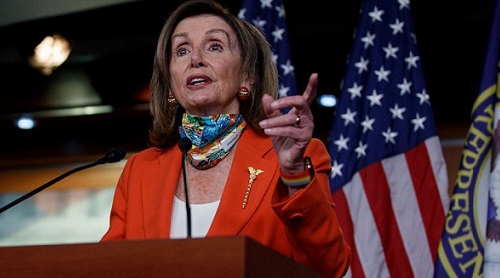 Opinions surrounding the legalization of marijuana come in various forms, from those in support to those vehemently against it, in addition to the many across the world that plan on partaking regardless.

However, The U.S. House of Representatives may have made that decision a bit easier for those in favor of Mary Jane after passing a legislation today that would make cannabis use legal nationwide.

As reported by NBC News, the decision was approved by lawmakers in a 220-204 party-line vote. The bill, being referred to as the Marijuana Opportunity Reinvestment and Expungement Act, first got its legs after passing in the House last year, however the Senate chose not to move forward. Outside of the obvious recreational use, marijuana would be decriminalized at the federal level in addition to expunging previous weed convictions and taxing the commercial sale of future cannabis products.

Here’s what you need to know about this landmark decision below, via NBC News:

“The tax would begin at 5 percent and eventually increase to 8 percent. Funding raised through the tax would go toward a fund to provide job training, mentoring, substance-use treatment, legal aid, re-entry services and youth recreation programs. It would also provide loans to help small businesses in the cannabis industry that are ‘owned and controlled by socially and economically disadvantaged individuals,’ a summary of the bill said.

‘This landmark legislation is one of the most important criminal justice reform bills in recent history,’ House Speaker Nancy Pelosi, D-Calif., said in remarks on the floor Thursday about the measure.

Pelosi said the legislation would deliver ‘justice for those harmed by the brutal, unfair consequences of criminalization,’ open opportunities for people to participate in the industry and decriminalize pot at the federal level ‘so we do not repeat the grave mistakes of our past.’”

Many are hoping to not have a repeat of what happened last year in the Senate, but it will be pretty tough given the breakdown of Democrats vs Republicans. Dems would need every member to approve and have at least 10 Republicans on board to successfully nab the required 60-vote. For context by way of the House, Republicans Tom McClintock, Matt Gaetz and Brian Mast gave the legislation a yes vote, meanwhile Democrats Chris Pappas and Henry Cueller chose to vote no.

We’ll see how this turns out, but in the meantime spark up responsibly!