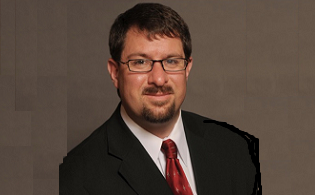 Ohio’s 88 county boards of elections offices have lost a large number of professional elections workers in the last few years, even as they’re gearing up for a major election this year and a bigger one two years from now.

The reason is likely the same as the one being cited by election workers in other states — the job is stressful, difficult, and moving towards becoming dangerous.

Around 10 to 15% of Ohio’s professional elections workers have left those positions in each of the last few years, said Aaron Ockerman, the executive director of the Ohio Association of Elections Officials.

The group doesn’t keep statistics, but Ockerman said the Ohio Secretary of State’s office is required to train all new elections officials hired or appointed by boards of elections.

“We’re getting 50 to 60 new people a year going through that training, which is roughly 10%, 15% of the total number of election officials that are out there,” Ockerman said.

Ockerman said that’s a larger number than would be explained by just attrition or retirements, and he noted those workers are trying to manage more technology and stress, and now threats.

“I do hear from election officials who will call and say it’s just so hard to go to work, receive phone calls, questioning your integrity, question your ethics when you know you’re doing a great job and the vast majority of the public recognizes that you’re doing a good job. It takes its toll,” said Ockerman. “That’s one of the reasons we’re seeing this attrition is because, you know, nobody wants to go to work, do a great job, and then they get yelled at for it. And that can be frustrating.”

The U.S. Department of Justice has been notified of hundreds of threats to elections workers around the country, though prosecutions can be slow to carry out.

Ockerman said he hopes the Ohio Secretary of State’s new public integrity division will take up investigating threats to elections officials, as they’re becoming more common. And he said there are talks about creating new classifications of federal felonies for threatening elections officials.