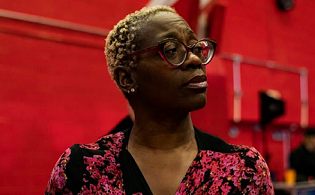 The Transportation Secretary “is a prime example of failing up,” the Ohio Democrat said.

U.S. Department of Transportation (DOT) Secretary Pete Buttigieg is directly to blame for the widespread cancellations by airlines during the holiday season, according to prominent Ohio Democrat Nina Turner.

The former Congressional candidate sounded off Tuesday on Buttigieg in a tweet referencing several issues affecting transportation around the country and outside of it and suggested the sitting Cabinet member was unqualified for the job for which President Joe Biden nominated him.

Turner’s pointed comments came as Buttigieg vowed to hold Southwest Airlines accountable for what’s been described as a company “meltdown” that failed on a number of levels during a significant winter storm that coincided with some of the busiest travel dates of the year. She also suggested that Buttigieg was being groomed to become president despite what was characterized as his negligence in the airline debacle.

But Turner extended her criticism of Buttigieg to include other aspects of his job as well.

“What’s happening with the railroads, airlines & the supply chain is a result of a small city mayor being made the Secretary of Transportation as a means to pad his resume for President,” Turner tweeted Tuesday night, calling it  “a prime example of failing up.”

To be sure, approximately 2,700 of the more than 3,200 flights that all airlines canceled on Tuesday were from Southwest — about 84%, CNN reported.

There is no shortage of documented instances of passengers claiming on social media they were stranded because of the cancellations. Many of the claims alleged Southwest’s website, app and overall customer service were nonexistent during that time, adding to passengers’ frustrations during weather systems that meteorologists accurately predicted well in advance.

It was in that context that Buttigieg told CNN that he would make Southwest pay, literally.

“I conveyed to the CEO our expectation that they are going to go above and beyond to take care of passengers and to address this,” he said.

Buttigieg told CNN the Department of Transportation is prepared to pursue fines against Southwest if there is evidence that the company has failed to meet its legal obligations, but he added that the department will be taking a closer look at consistent customer service problems at the airline.

“While all of the other parts of the aviation system have been moving toward recovery and getting better each day, it’s actually been moving the opposite direction with this airline,” said Buttigieg.

“You’ve got a company here that’s got a lot of cleaning up to do,” he said.

On Twitter Tuesday night, Turner suggested that Buttigieg taking action against Southwest was too little and definitely too late. She reminded her followers that she has been calling out Buttigieg “on these airlines” well before winter even hit.

As proof, Turner harkened back to a tweet she posted back in August calling for Buttigieg to “stop playing footie with these airlines and start holding them accountable via fines. I know he loves corporations, but he works for the people—not corporations.”

Meanwhile, more than 2,500 additional Southwest flights have been canceled already for Wednesday and more than 2,300 others for Thursday.

The DOT back in February laid out its plan aiming to strengthen the supply chain in an effort to revitalize the U.S. economy. A report published last week found that supply chain problems were expected to last through the next two years, “at least.”

This isn’t the first time Turner has publicly called out Buttigieg.

Back in 2019 when Turner was co-chairing Sen. Bernie Sander’s presidential campaign and Buttigieg was also running for the Democratic nomination, she suggested the then-mayor of South Bend, Indiana, was “taking the Black community for granted.”

A few months later, one of Buttigieg’s campaign surrogates said in a deleted tweet that Turner needed “muzzling.”

Turner, a former state senator and city council member in Cleveland, lost her bid for Congress for the second time in as many years in a Democratic primary election in May.