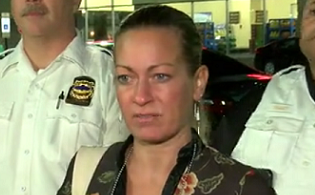 Cleveland officials extended an agreement that allows the University Circle Police Department to patrol several areas of the city, the day after a civil rights lawsuit was filed against the private department in November.

The agreement was set to expire Dec. 1.

In May, Cleveland City Council reviewed the agreement, called a memorandum of understanding (MOU), as it considered legislation to expand the private police department’s jurisdiction into Little Italy. The city has at least a dozen MOUs with private departments that operate at universities, colleges and hospitals.

Council agreed to the geographic expansion after holding the legislation for further discussion and asked the city to add requirements to the MOU related to the use of body cameras. Council wasn’t alerted that the city was extending the MOU until Dec. 2026 – that date was not included in the legislation council approved.

When Signal Cleveland asked the city and UCI about the upcoming expiration in late November, neither party said they had already extended the agreement. Sgt. Jennifer Ciaccia, public information officer for CDP, said in an emailed statement that the MOU was under review. Becky Voldrich, UCI’s senior director of communications and events, said UCI was seeking a renewal. The city shared the amendment with Signal Cleveland on Dec. 6.

Cleveland Council Member Mike Polensek, who chairs council’s Safety Committee, told Signal Cleveland the legislation passed in May was only about expanding UCPD’s jurisdiction. He said he was not aware that the amendment would also extend the memorandum of understanding.  He thought the administration needed council’s approval to do so but was uncertain whether the MOU contained language allowing the administration to renew it without consulting council.

Public Safety Director Karrie Howard said in an email provided by a city spokesperson that the department only needs council’s approval for a major change to the MOU and that the extension is part of the “ordinary course of business.”

The lawsuit, which is pending, calls for the court to require a review of a 2018 amendment to the MOU that aimed to increase constitutional and effective policing. That amendment required UCI to establish a civilian review board to examine complaints against UCPD officers. As of April 2022, UCI had not yet trained the board to do so. Voldrich said the board is now established and trained. The most recent amendment to the MOU also requires UCPD to provide six-month reports to Cleveland’s Public Safety Department regarding resident complaints.

The city is still reviewing the MOU because of Wilson’s lawsuit, but the agreement is active, according to Howard.

Are MOUs the right way?

Council discussed the legislation for expanding UCPD’s jurisdiction in the spring. In those meetings, Ward 17 Council Member Charles Slife questioned if MOUs are the right legal tool for working with private police agencies. He said he had come to understand MOUs as gentlemen’s agreements, and he wondered what the legal recourse is if a party violates an MOU.

“I guess where it kind of all stemmed out of was the city is under a federal consent decree. We’re having to do, you know, enhanced equipment, enhanced training, all of these things in order to meet the obligations of the consent decree,” Slife told Signal Cleveland. “So for our own satisfaction and to protect ourselves, how do we make sure that other officers operating in the City of Cleveland are being held to that standard?”

In an April 27 Safety Committee meeting, Howard said the city could choose to end MOUs if a private police partner does not follow the written agreement.