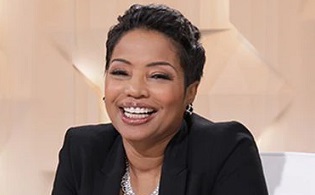 Judge Lynn Toler, most known for ruling on the popular show Divorce Court, recently shared that her husband, Eric “Big E” Mumford, passed away during the holidays.

Earlier this month, Toler posted a photo of her and her husband with the words “Beautiful Man Both inside and out” on her Instagram account along with the caption, “Eric Mumford BigE, January 1, 1951 – December 23, 2022. I am in a million pieces.” The post included Anita Baker’s “Sweet Love” playing in the background.

According to Vibe, the couple met 37 years ago and married three years later in 1989. They had two sons together in addition to Mumford’s four children from his previous marriage.

All marriages have ups and downs, and the 63-year-old author kept it candid about the times they struggled in her book Making Marriage Work: New Rules for an Old Institution, released in 2012. She admitted that they weren’t on the same page, but once she became transparent with the public on Divorce Court about their marital issues, it helped them get in unison.

“Once I got past the anger I started to address my own fears and learned how to communicate effectively. He followed suit because he saw that I had changed in a way that was in his best interests. It didn’t feel like it at first, but eventually he got there. We then decided to fight the problem instead of fighting one another,” the Marriage Boot Camp coach wrote, according to HuffPost.

She continued, “Of course, this does not guarantee we’ll get to happily ever after. Marriage is quite the journey and things change all the time. But our marriage is better now because it is a mindful one. We keep an eye on our competing needs. We no longer act on that right-now feeling without considering long-term consequences. We have made a conscious decision to be consciously married. We also have our fingers crossed.”

Toler didn’t reveal Mumford’s cause of death, but she and her family have Blavity’s condolences.