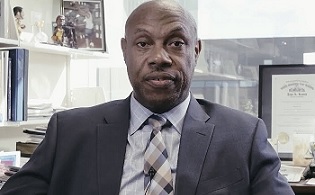 Dunn will help audit and assess consent decree compliance as an assistant monitor. Monitor Hassan Aden announced Dunn’s hiring in a statement Friday, noting there may be more local residents added to the team but not before next year.

“Dr. Dunn is a Clevelander and has been on our radar for several years in anticipation of the consent decree process reaching the outcome assessment phase,” Aden said. “Now that we are here, we are thrilled that he could join the team and bolster our capacity as well as adding to the number of highly skilled local representation on the monitoring team.”

Hardaway announced last week she would return to her role as deputy monitor after being forced to resign in June.

Dunn became the interim chief diversity officer at CSU in 2018 and is also a professor in the school’s college of urban affairs.

“This is a task for which I think my more than 20 years of research, scholarship, and policy analysis in the areas of race, crime, policing and the criminal justice system, and racial and social equity coupled with my extensive civic engagement at the local, state, and national levels has prepared me well,” Dunn said in a statement.

A well-known advocate on policing and racial justice issues in Cleveland, Dunn told Ideastream Public Media he was optimistic about the potential effects the then-new agreement with the U.S. Department of Justice could have during a 2015 interview with Tony Ganzer.

“If we are able to fully implement what’s on paper, I think Cleveland will have one of the foremost police agencies in the country,” Dunn said at the time.