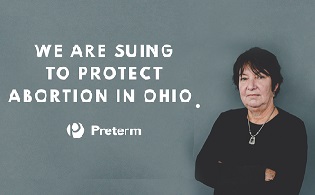 The impact of the U.S. Supreme Court decision, overturning the controversial Roe v. Wade precedent, is already being felt here in Northeast Ohio.

At Preterm, the independent, nonprofit abortion provider clinic in Cleveland, executive director Sri Thakkilapati told News 5 that the clinic had to cancel the majority of their appointments.

“We’ve had to turn away almost more than 90% of our patients,” she explained. “Some of our staff and some of our board members and I stayed at the clinic until 11:00 p.m. on Friday night, calling people and telling them that we couldn’t see them. And there were people just sobbing with fear and with disappointment. It has been very hard to turn people away and to give them this news.”

In total, Thakkilapati said they had to turn away 35 people Saturday who were scheduled for abortion procedures or to receive the appropriate medication.

Additionally, she said another 40 first-day appointments were canceled. In Ohio, two appointments 24 hours apart are required in order to have an abortion.

On Friday, Ohio Attorney General Dave Yost announced a court injunction had been dissolved and a six-week abortion ban bill is now law in the state. As the law currently stands, Ohio currently prohibits abortions once fetal cardiac motion is detected, which usually occurs at six weeks of gestation.

“Roe was poorly reasoned, a doctrine of shifting sands that invited non-stop litigation, that’s exactly what we’ve had for 50 years,” Yost said.

The six-week bill, sponsored by state Sen. Kristina Roegner (R-Hudson), does not have an exception for rape or incest. It also only applies only to intrauterine pregnancies. It only has two exceptions.

The ban allows for physicians to perform an abortion if the procedure is to prevent a someone’s death or bodily impairment, which is defined as any “medically diagnosed condition that so complicates the pregnancy of the woman as to directly or indirectly cause the substantial and reversible impairment of a major bodily function.”

This includes pre-eclampsia, a condition that results in “inevitable” abortion as a result of a premature rupture of the membranes. It could also be diabetes or multiple sclerosis, however, it can’t be anything related to mental health.

To be able to perform the life-saving measure, a physician has to write that the procedure is necessary for the above reasons and must include the medical condition and the medical rationale for it. Also, the written documentation must be included in the pregnant person’s medical records and the doctor must have a copy of it for at least seven years.

The other exception is if there is no heartbeat.

The bill also requires a pregnant person to sign a form acknowledging that there is a heartbeat detected. The form would include statements that say “the unborn human individual has a fetal heartbeat,” and would include the statistical probability of bringing that “individual” to term.

If someone violates the abortion ban, they could be convicted of a felony in the fifth degree.

A former pregnant person could file a civil action for a wrongful death suit of their unborn child. They could be awarded court costs and reasonable attorney’s fees if they win.

The legislation also creates the Joint Legislative Committee on Adoption Promotion and Support, which would be made up of three House members and three Senate members.

In addition, it allows the State Medical Board to take disciplinary action against doctors for failure to comply with the act’s requirements. It allows the board to assess penalties of up to $20,000 for each abortion ban violation.

The person who received the abortion would get criminal immunity and immunity from civil liability.

The bill does not prohibit contraception or birth control.